BY Amanda Austin on May 5, 2014 | Comments: 53 comments
Related : Soap Opera, Spoiler, Television, The Young and the Restless 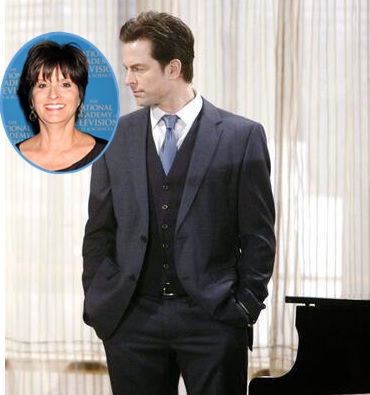 Young and the Restless fans have been divided for months now over the Michael Muhney scandal that rocked the soap opera last January. Muhney, the actor that played the role of the fan-favorite Adam Newman was accused of groping fellow cast member Hunter King (Summer Newman) and promptly fired due to the allegations by show-runner Jill Farren Phelps. Some diehard Y&R fans stand by Jill Farren Phelps (EP) and the soap in general, while the other half of fans are boycotting the show and refusing to watch again until Michael Muhney is reinstated and the allegations are dropped.

Even though the scandal occurred almost six months ago Michael Muhney fans are still adamant that the actor is completely innocent and in no way groped or harassed Hunter King. And, although it seems unusual that Y&R fans are still so upset and fired up over the scandal, they have good reason to be. A report from a high profile soap insider gave fans good reason to doubt the allegations.

After Michael Muhney was fired, Nelson Branco thoroughly investigated the incident and his findings were disturbing to say the least. According to Branco, “Turns out there wasn’t much of a story there: According to my sources, Muhney never “groped” King.” and “Unfortunately, after speaking to several of Muhney’s co-stars and backstage crew, it’s clear the dangerous game of telephone over at Y&R turned this into the sensational lie that it is.” The soap reporter even went on to say that he spoke to a source on set that stated, “Michael picked a few too many battles, which is why he was let go. It had nothing to do with anything else.”

So, as you can see this entire scandal has been sensationalized by the media and at the end of the day the Michael Muhney fans have a ligitmate reason to be upset. It’s no wonder they are still protesting the firing of MM and boycotting the series.

Michael himself just broke his silence with this tweet the first @MichaelMuhney’s first tweet since Jan. 6th, 2014:

“Lotta good people in this world. I’m thankful each and every day for the overwhelming love.” #LoveMichaelMuhney #YRBringHimBack  #YR  #MichaelMuhney

What are your thoughts on the Michael Muhney scandal? Do you want to see him back on a soap soon? As The Young and the Restless moves towards revealing the new Adam Newman the pressure mounts on Jill Farren Phelps. Today’s rating results are in (May 5) and they show that for the second week in a row ratings hit a new year low in the critical female 18-49 market. As Chelsea plans Adam Newman’s Memorial (she thinks he’s dead) fans are reminded of MM’s firing and all the anger and upset that generated. We will see soon enough if TPTB will bring on the new Adam – and if they do who do you think it will be?