BY Chrissie Williams on October 20, 2015 | Comments: 2 comments
Related : Soap Opera, Television, The Young and the Restless 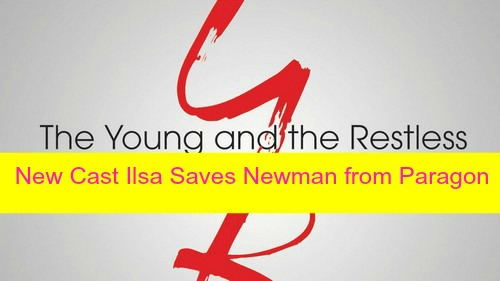 “The Young and the Restless” casting spoilers are in, and it looks like the hit daytime drama is adding another cast member to the roster. Y&R released a casting call for a twenty-something beautiful woman of European descent named Ilsa, according to Soap Opera Digest.

It looks like the new cast member should start filming in late November. The real question is – will she be a love interest for someone on the show or could she be the one that saves Newman Enterprises from despair over the Paragon Project?

The casting call stated that the actress should be in her 20s or 30s. The role would be a major reoccurring role, and she is native to the Swedish region; however, she was raised in the United States as she doesn’t have a noticeable accent.

Ilsa was described as a child prodigy and highly intelligent. She is beautiful, but her real passion and career is based on nerdy computer cyber lifestyle. It sounds like she may be a professional computer hacker. The casting call hinted that Ilsa is a little quirky at first, but she blossoms once you get to know her.

“The Young and the Restless” fans immediately picked up on her nerdy and computer geek characteristics and wondered if she was going to be paired with Kevin Fisher (Greg Rikaart). He hasn’t had a love interest in quite a while, and many fans believe that Kevin deserves to find love again. The writers paired him with Mariah (Camryn Grimes), but the pairing fell flat. Is it possible the writers have a Ilsa and Kevin pairing in mind?

The rumors immediately started swirling that Ilsa will be the one that saves Newman Enterprises from Paragon Project. Adam (Justin Hartley) has tried multiple times with little to no success. He finally will admit to his father, Victor (Eric Braeden) that he doesn’t know how to stop it. He will reveal that Ian Ward (Ray Wise) told him that it was unstoppable. Victor refuses to let anyone destroy his company, and will hire Ilsa to stop the terrible worm virus.

“The Young and the Restless” casting call stated that Ilsa would start filming in late November, which means it will air in mid-January. It should come as a huge shock to fans that TPTB would drag out the storyline a few months. After all; they have dragged Hilary’s (Mishael Morgan) disappearance storyline for almost eight weeks now. Don’t forget to come back later for more juicy “The Young and the Restless” spoilers, news, and updates.