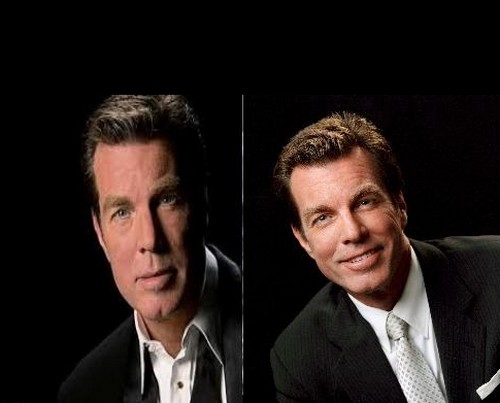 “The Young and the Restless” spoilers tease that Jack’s doppelganger is part of Victor’s (Eric Braeden) plan to completely destroy Jack (Peter Bergman). The big reveal has fans everywhere buzzing about what will happen next. Fortunately, Peter Bergman dished the details in an interview with TV Insider. Bergman noted that fake Jack is not exactly an evil twin, but he’s pretty close. The imposter is a lookalike that was recently released from a prison in Peru. Since Victor has pulled a similar stunt in the past, “he clearly shops at Doppelgangers R Us,” Bergman said.

Fake Jack has researched Jack’s life so that he can make a seamless transition and no one will be the wiser. Of course, we all know that Jack’s lookalike won’t be able to cover his tracks completely. Peter Bergman stated that there will be “things that trip him up here and there.” One of those things could be the real identity of Gabriel/Adam (Justin Hartley). “The Young and the Restless” rumors say Adam could play a huge role in exposing the truth, but fake Jack will have a chance to cause plenty of trouble before then. Bergman said that Jack’s doppelganger will even “find himself very taken with Ashley.” The imposter could create quite a stir if he tries to hook up with Jack’s half-sister. “I don’t know how far the writers will dare take that, but we’re definitely having some fun there,” Bergman said.

Fun certainly seems to be the theme of this storyline. Bergman admitted that “we ask a lot of an audience when we do these types of stories,” but it’s clear Y&R writers don’t plan on taking this plot too seriously. Bergman noted that “the challenge is to make it entertaining and the best way to do that is to make a lot of it funny.” Some viewers might take issue with a daytime drama lightening things up a bit, but it should be interesting to watch it all unfold. Stay tuned to “The Young and the Restless” to see if two Jacks are better than one.

So Y&R fans, what do you think about the news that Victor found Jack’s doppelganger? Do you feel the evil twin ploy has been overdone or are you excited about the soapy twist? Are you happy with the writing on the CBS soap or do you believe some updates are needed? Let us know what you think in the comments below and don’t forget to check CDL tomorrow for the latest “Young and the Restless” spoilers, rumors, updates and news.