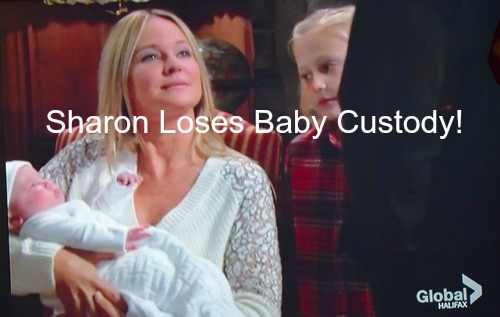 “The Young and the Restless” (Y&R) spoilers for early 2016 have leaked and there are definitely some surprises coming, most notably in the war between Victor Newman (Eric Braeden) and Jack Abbott (Peter Bergman).

Victor thinks he has the goods to destroy his enemy once and for all – what with the gory details of the fatal boat explosion, but Y&R spoilers indicate Jack had been drugged prior to the explosion and had no idea what was going down.

That means the big scandal Victor was holding over Jack’s head is moot. But even if Jack wins the war over Victor, he may lose Phyllis Newman (Gina Tognoni) if he goes ahead and exposes the fact that she was sleeping with the enemy – Marco Annicelli, Jack’s doppelganger.

Dr. Anderson (Elizabeth Bogush) will be exposed and this means so will the true paternity of Sharon Newman’s (Sharon Case) baby. Sharon will be heartbroken, and perhaps drive mad anew when she loses another baby.

This also means Sage Newman (Kelly Sullivan) gets her son back, but will she have lost Nick Newman (Joshua Morrow) by then? Sage’s continued closeness with Adam Newman (Justin Hartley) is already putting a strain on his marriage to Chelsea Lawson (Melissa Claire Egan).

Will finding out his son with Sage is alive put all their hard work at reconciliation at risk? Plus Adam has to choose sides between Jack and Victor while Victor is holding the baby truth over his head. But when events in 2016 force the paternity revelation, Adam will be free to choose.

Burgess Jenkins as Billy Abbott will be gone in early 2016 – Y&R spoilers indicate Jenkins’ last air date will be January 8. Will his drunkenness and the breakup of his marriage to Victoria Newman (Amelia Heinle) send him to the hospital, jail or rehab? (Or even all three?)

Whatever happens to Billy, he will emerge as a “new man” quite literally as Jason Thompson assumes the role in January 2016. Neil Winters (Kristoff St John), Hilary Curtis (Mishael Morgan) and Devon Hamilton (Bryton James) will continue triangling in 2016 with Hilary waffling between.

Cane Ashby (Daniel Goddard) will be exonerated for the Devon extortion, but wily Joe Clark (Scott Elrod) is far from out of the picture. Cane will struggle to forgive Lily Winters’ (Christel Khalil) multiple cheating sessions with Joe while Joe won’t give up on stealing Lily.

Finally, Abby Newman (Melissa Ordway) and Stitch Rayburn (Sean Carrigan) will say “I Do” just as 2016 rings in, but that mess with Ashley Newman (Eileen Davidson) will become almost an immediate obstacle as Abby’s happiness plagues her mother who loves her new son-in-law.

Going into 2016, it looks like it will be far from a happy New Year for the residents of Genoa City. Loss, in-fighting and shocking revelations will be ongoing themes as we head into next year. Be sure to check back with CDL for more “The Young and The Restless” spoilers every day plus gossip and news.