BY Heather Hughes on December 13, 2015 | Comments: one comment
Related : Soap Opera, Spoiler, Television, The Young and the Restless 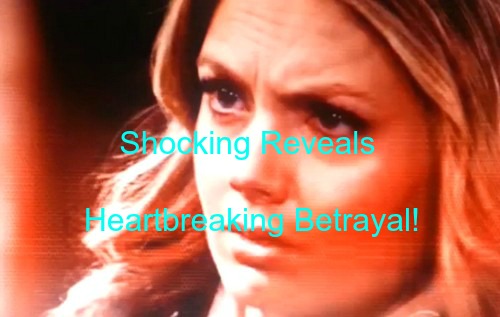 “The Young and the Restless” spoilers for Monday, December 14, tease that Abby (Melissa Ordway) will be concerned when she gets updates on Victor’s (Eric Braeden) lawsuit. Victor will suggest that Abby might want to postpone her wedding until the spring.

Perhaps this will all be sorted out by then. However, Ashley (Eileen Davidson) will make it clear that this ceremony is happening right on schedule. Abby wants a wedding on New Year’s Eve and that’s exactly what she’s getting.

Since Stitch (Sean Carrigan) and Abby’s venue is impossible to book, Victor will propose that they hold the ceremony at Top of the Tower. Later, Abby will wonder why Ashley has been acting so weird about the wedding. Ashley obviously wants them married sooner rather than later. Abby will look confused when Stitch says he thinks it’s because of him.

At Jabot, Jack (Peter Bergman) will tell Michael (Christian LeBlanc) that he wants to expose all of Victor’s crimes at a press conference. Michael now knows all about Marco (Peter Bergman), but he won’t be sure he can keep Jack out of prison. Jack won’t care what might happen to him. It’s time to show Victor he means business.

Phyllis (Gina Tognoni) will show up in time to hear what Jack has in store and she won’t be pleased. Jack wants to tell the whole world that Phyllis was duped by a man posing as her husband. It’s easy to see how humiliating that would be for Phyllis. Still, Jack will have no intention of backing down. Despite Phyllis’ complaints, Jack will proceed with his plan.

At The Underground, Marisa (Sofia Pernas) will arrive to tell Noah (Robert Adamson) what happened with her daughter. Talk will quickly turn to the issues Luca (Miles Gaston Villanueva) had with airport security.

Luca will head off to discuss the immigration matter with Victor while Marisa stays to argue with Noah. Noah will be surprised when Marisa starts defending Luca. Marisa will suggest Luca isn’t as cold-hearted as he seems.

Luca will tell Victor that he believes Noah got the feds involved and he should be taught a lesson. Victor will assure Luca that he’ll take care of it. Back at The Underground, Marisa will lash out at Noah. She knows Noah must’ve been the one who called the tip in about Luca.

Noah will insist that he had to do it and Victor will appear. Victor will gripe because Noah put his deal with the Santori family in jeopardy.

Other “Young and the Restless” spoilers reveal that Marisa will find Luca and tell him about the argument with Noah. Now Marisa’s future with Noah is uncertain. Marisa will give Luca the news that she’ll be staying at the athletic club until she can decide what to do next.

Meanwhile, Jack will step up to a podium and begin his press conference. Victor will notice Jack preparing to make his statement and he’ll wonder what’s up. Phyllis will let him know that Jack plans on exposing all of Victor’s dirty deeds.

At Victoria’s (Amelia Heinle) house, she’ll decorate the Christmas tree with the kids. There’ll be a picture of Billy (Burgess Jenkins) in the paper because of his drunk-driving incident. Victoria will call Billy and he’ll end up stopping by.

Billy will be visibly hungover, which will irk Victoria. Victoria will ask how she’s supposed to explain the newspaper pic to their children. Billy will be apologetic and they’ll do some holiday activities as a family.

Victoria will still be irritated with Billy, but he’ll beg her for another chance to straighten up. Will Victoria be willing to let Billy’s drunken debacle slide? Many Y&R viewers are rooting for them to make it work. Stick with the CBS soap to see if Victoria will give Billy an opportunity to earn back her trust.