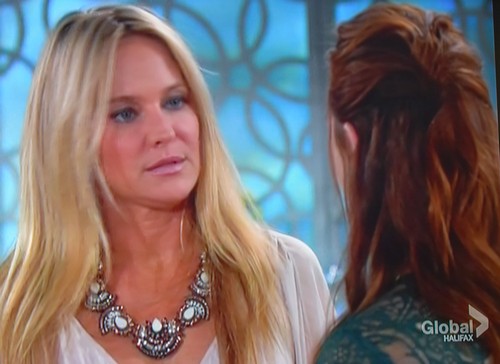 “The Young and the Restless” spoilers for Tuesday, August 25, tease that Sage’s (Kelly Sullivan) baby shower will get underway. Mariah (Camryn Grimes) will ask Kevin (Greg Rikaart) to be her date for the event. Victor (Eric Braeden) will show up with some stock certificates for the child in keeping with the Newman family tradition. Speaking of family, Victor will hint to Sage that family members are the only ones you can trust at the end of the day. Sage may need to be careful now that she’s getting in deeper with the Newman clan. Noah (Robert Adamson) will hope that Victor will learn to accept Marisa (Sofia Pernas) as well. They’ll likely be spending even more time together in the coming weeks.

Across town, Sharon (Sharon Case) will give Faith (Alyvia Alyn Lind) updates on her engagement. Faith will be pleased and suggest that Sharon can share the news at Sage’s shower. Meanwhile, Dylan (Steve Burton) will let Paul (Doug Davidson) know that he won’t be joining the Genoa City Police Department after all. Paul will be confused since Dylan was on board with the idea just a few days ago. However, Dylan will insist that he has to focus on preparing to be a dad right now. Unfortunately for Dylan, he probably won’t be on diaper duty anytime soon. Sharon recently lost the baby and she’ll continue to keep her miscarriage a secret. 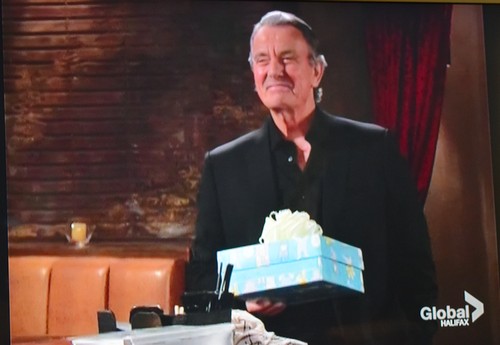 Victor will get called away from the shower by Paul. It seems the police have a few more questions about Detective Harding (Chris McKenna) and his possible motive for the murders. Victor will deny knowledge of anything and declare that the case should be closed. Paul will wonder if Victor is connected to Marco (Peter Bergman), but Victor will imply that Paul just feels guilty because his dirty cop was the culprit.

Back at the shower, Sharon will tell Mariah that everything went OK at the doctor and she’ll show off her new bling. Kevin will congratulate Sharon on getting engaged and Nikki (Melody Thomas Scott) will make a snarky comment. Nick (Joshua Morrow) will wish Dylan the best and everyone will start giving toasts. As Dylan starts talking about family and being a dad, Sharon will rush off. Noah will chase after Sharon and wonder if she’s upset about Nick. Sharon will indicate that she’s fine and this is her chance at happiness as well. 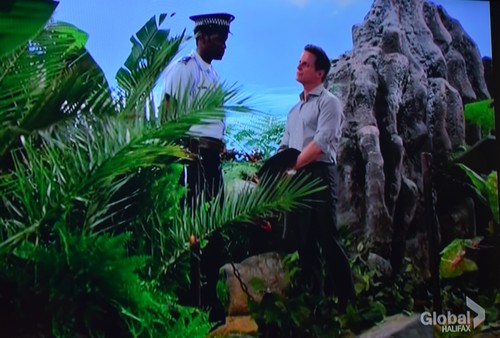 Other “Young and the Restless” spoilers reveal that Michael (Christian LeBlanc) and Lily (Christel Khalil) will arrive in the Virgin Islands to help Devon (Bryton James). Devon will fill Michael in on the fact that he thinks he might’ve cheated on Hilary (Mishael Morgan) at his bachelor party. Michael will encourage Devon to stay tight-lipped to the cops. A police officer will show up with a piece of Hilary’s clothing, which was found along the shore. It appears this is now a recovery mission rather than a rescue effort.

After getting a call from Devon, Colin will have a chat with Neil (Kristoff St. John). Colin will suggest that he doesn’t take pleasure in the fact that Hilary is missing, but Neil might. Neil will hint that Colin is just mad about being forced to ditch his plan. Later, Neil will remember Hilary walking away from him up near the summit. Neil will recall hearing a woman scream and looking over the edge of the cliff. Y&R rumors say Neil could find himself in hot water if he doesn’t come clean about what he knows. However, it sounds like the police are focused on Devon right now. Stick with the CBS soap to see where all this trouble will lead.