The Young and the Restless Spoilers: Abby Pregnant With Austin’s Baby – Victor and Joe To Engage In Custody Battle?

BY Cheri Magistro on March 9, 2015 | Comments: 9 comments
Related : Soap Opera, Spoiler, The Young and the Restless 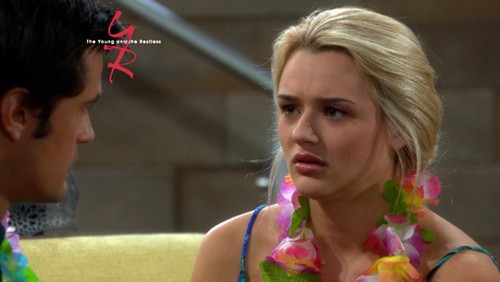 The Young and the Restless spoilers are dishing on some ‘positive’ results for one of Genoa City’s young residents. We are hearing Y&R rumors that Aunt Abby Newman [Melissa Ordway] is pregnant! Yes, Abby may be carrying recently departed Austin Travers [Matthew Atkinson]  love child! The Young and the Restless writers have certainly thrown the entire cast on an emotional roller coaster ride the last few weeks. When the dust seems to finally settle around town, Abby Newman learns she might be pregnant with her nephew-in-law’s child.

After the ugly truth about Austin and Abby’s affair came to light during Austin’s memorial service, relationships have been extremely strained especially between Abby and her niece Summer [Hunter King]. Family lines and loyalty were not enough to keep Austin and Abby away from each other even though Austin was married to Abby’s niece Summer Newman. When Abby learns of her impending pregnancy, rumors are her father, Victor Newman [Eric Braeden] steps into action trying to control his daughter’s destiny.

The YR spoilers indicate Victor’s plan is to have his daughter give up her child in order to protect his granddaughter Summer from further heartbreak. He wants to avoid Summer constantly having to see the baby around Genoa City as a reminder of her dead husband’s infidelity. More Young and the Restless breaking rumors are detailing the plans Austin’s father has for his grandchild. Months ago spoilers and rumors were running wild about Joe Clark [Scott Elrod] and Austin Travis being father and son. Unfortunately, Austin’s paternity news does not come to the surface until after his untimely death. Teasers are swirling around Joe Clark wanting to claim the child as his own flesh and blood. Especially since he never knew he had conceived a child many years ago on a one night stand with Rose Mary Travers.

He’ll fight Victor for full custody of the child in hopes he and his ex wife Avery Bailey Clark [Jessica Collins] can raise the child as their own. With Abby losing support from her own family, she sees no way to raise the child herself. Who do you think she raise this child? This story line has certainly many up and downs with a few curves thrown in. It will be exciting to watch how this storyline plays out. Return to CDL often to catch all your “The Young and the Restless” spoilers, news and latest rumors!