‘The Young and the Restless’ Spoilers: Summer Accuses Abby of Killing Austin – Lauren and Michael Fight Over Cancer

BY Amanda Austin on March 7, 2015 | Comments: one comment
Related : Soap Opera, Spoiler, Television, The Young and the Restless 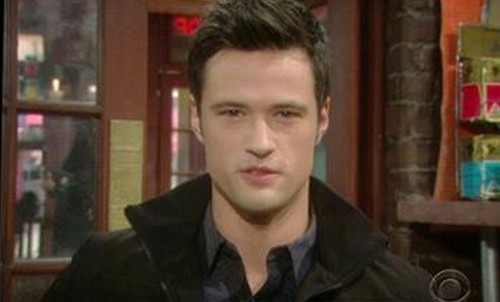 “The Young and the Restless” spoilers tease that March 9-13 will be another exciting week in Genoa City packed full of drama, not that there is ever a dull day on the CBS soap. According to Y&R spoilers, Billy Abbott (Burgess Jenkins) and Chelsea Newman will spend the week of March 9 making plans for their big wedding day. Billy toys with the idea of eloping – but Chelsea (Melissa Claire Egan) insists she wants all the tradition wedding fanfare, so Billy invited Gabe/Adam Newman to be his best man and shockingly Adam (Justin Hartley) accepts. Awkward!

“The Young and the Restless” spoilers for the week of March 9 also tease that Abby Newman will spend the week trying to right her wrongs – after a chat with her mother Ashley (Eileen Davidson), Abby decides to visit Summer and beg for her forgiveness. Abby finds Summer (Hunter King) and Kyle together at the Abbott cabin, and tries to reason with Summer, but not only is Summer not in a forgiving mood, she has another flashback and is certain that Abby not only had an affair with her husband Austin (Matthew Atkinson), but killed him as well – but is Summer confused?

In other “The Young and the Restless” news, spoilers tease that during March 9th-13th Y&R fans can expect to see Nikki Newman (Melody Thomas Scott) and Neil Winters share some explosive scenes as Nikki threatens Neil (Kristoff St. John) to stick to his story –  a lot lies on his testimony, and Neil is torn between doing the right thing and helping a friend. Y&R spoilers also reveal that now that all of the excitement has died down in Genoa City – Lauren is determined to get her hubby Michael Baldwin’s health on the mend, and they will spend the week of March 9th bickering over his cancer treatments. Lauren and Michael won’t be the only ones bickering this week on the CBS soap, Nick (Josh Morrow) and Sharon have an emotional chat about their future and feelings, or lack of, for each other.

So Y&R fans, do you think that Summer is correct and Abby (Melissa Ordway) killed Austin? Will Neil stick to his story or is Nikki going to have to pay the price? Will Billy and Chelsea’s wedding go off without a hitch, can Adam really stand next to Billy at the altar and watch him marry his wife? Let us know what you think in the comments below and don’t forget to check CDL tomorrow for more “The Young and the Restless” spoilers and news.