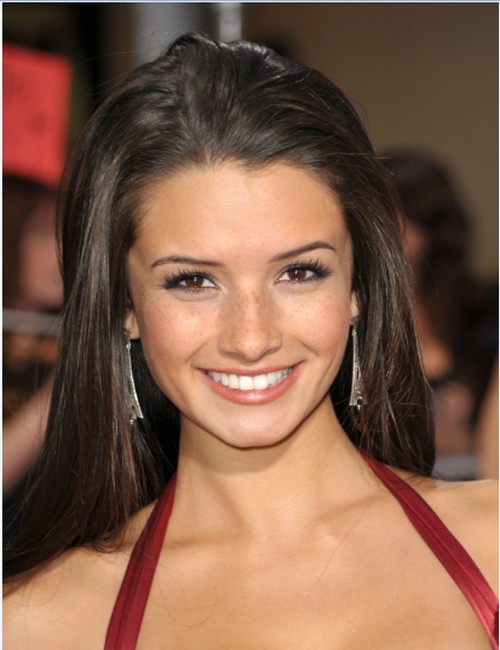 The Young and the Restless spoilers present wonderful cast news: Alice Greczyn has been hired to play Emma as a recurring character whose scenes begin on Y&R in September 2015. But here is the shocker – Emma might be Victor Newman’s (Eric Braeden) long-lost daughter with Ramona Caceres (Gladis Jimenez)!

Let’s take a blast to the past since we probably have yet another offspring of Victor’s headed to GC from a storyline in 1999. In 1999 business as usual in Newman Enterprises land. Victor was married to conniving crazy Diane Jenkins but finally got the divorce he wanted by giving Diane a seat on the Newman board. To celebrate his new freedom Victor wanted to surprise Nikki (Melody Thomas Scott) with a trip to a Tropical Isle. While Victor celebrated he got a message from his son that Jack (Peter Bergman) and Brad (Don Diamont) with the help of Diane’s new seat on the board the members voted Brad the new CEO of Newman Enterprises Victor tried to summons the Newman Jet but Jack and Brad Carlton set it up that he wouldn’t make it back in time so Victor had to reserve a small plane Nikki was to go home on Newman Jet when it came available.

On Victor’s ride home the small plane crashed into the Sandia Mountains of New Mexico. Victor’s pilot died and Victor was wounded It was there where a deranged mad man named Chet Delancy (Marc Singer) found him and nursed him back to health. Chet had a girlfriend named Ramona Caceres (Gladis Jimenez) who also got to know Victor and became friends [Jack and Marisa (Sophia Pernas) same story just different players]. Eventually Victor and Ramona became lovers of course there is always time for love in the afternoon on soaps.

When it was time for Victor to go home Chet found out Victor’s identity and that pushed the caretaker into revenge seeking mad man.During this time Chet had no idea who Victor was and when he found out it was then that Chet took Victor hostage Victor had caused devastation to his father’s small company years before..sound familiar (Gabriel Bingham’s dad comitted suicide because of Victor’s business dealings).

Victor was presumed dead back home but he was very much alive and even found time to have a steamy affair with Chet’s girlfriend Ramona. Chet is now holding Victor hostage and Ramona has promised to help him escape when Chet catches them both a fight breaks out and Chet falls off a cliff to his death.

With this recent cast member announcement of a young dark haired beauty who resembles Ramona it makes you wonder if Victor Newman has another daughter to add to the Newman brood. The new character is suppose to share an interesting connection to a GC resident. What could be more interesting than being the long lost daughter of Victor Newman? If the soap sticks to true age the child of Victor and Ramona would be 16 yrs old if the soap SORA’s her she would probably be early 20’s. The petite actress Alice Greczyn playing Emma may look familiar she has worked in films The Dukes of Hazzard, Shrooms, House of Fears, and Sex Drive.

What do yo think CDL’ers does Victor Newman have yet another child to add to the Newman collection?
Return to CDL often for the hottest The Young and the Restless spoilers and news! Please leave your thoughts and comments in the CDL comments below.