The Young and the Restless Spoilers: Adam Newman Cleared of Killing Delia by Jack and Chelsea – Billy Goes Wild? 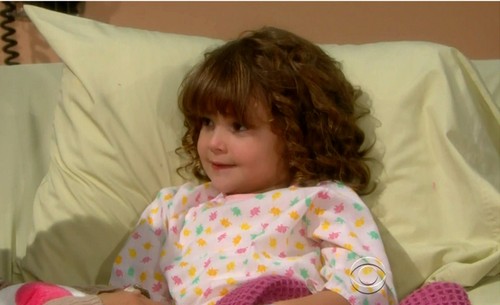 The Young and the Restless spoilers are teasing about hopefully getting ready to clear Adam Newman [Justin Hartly] as the hit and run driver that killed little Delia Abbot almost two years ago. Now that Adam has confessed his true identity to his beloved wife Chelsea [Melissa Claire Egan], she has unfortunately, turned her back on him.

Chelsea claims she never wants Adam to be part of her life or their son Connor’s life anymore. Even though Adam is the love of her life, Chelsea continues to have a hard time forgiving Adam for not turning himself in when he realized he was the hit and run driver that killed Delia. Not to mention sleeping with Sage and possibly fathering her expected child! Now that Adam has become totally devastated that Chelsea pushed him away once more, he is more determined than ever to win his family back, something he has worked so hard for over the last eighteen months.

According to newly released Young and the Restless spoilers, Adam apparently finds new evidence that may just clear his name,  hence help him win back his family too! We are also hearing more Y&R rumors that Adam will need Chelsea and Jack’s [Peter Bergman] help to investigate the new findings and give Delia the justice she deserves. More shocking revelations occur when Billy Abbott [Burgess Jenkins] discovers his own brother is trying to clear his daughter’s alleged killer. More fallout happens when Jack informs Billy he knows that he was the one who shot Adam that night of the accident and left him for dead. Billy gets so out of control, he tells Jacks, “It’s me or Adam. Not both of us can survive living in this same town!”

We are anxiously excited – first of all to finally have the Delia storyline under wraps! Secondly, and most importantly, that fan favorite Adam Newman is declared innocent of a terrible crime that he has been accused of. With all that being said, who do you think is the real hit and run driver? Here are some of the people we think maybe on a short list. Nikki Newman [Melody Thomas-Scott]; Sage Warner [Kelly Sullivan]; Kelly Andrews [Cady McClain]; Gabriel Bingham [Justin Hartley]; Constance Bingham [Sally Kellerman]. Let us know in the comments, if you agree, disagree or if we need to add anyone else to the suspect list. Come back to CDL for more Y&R spoilers, rumors and updates!