The Young and the Restless Spoilers: Avery Shoots Innocent Joe Clark – But Who Is The Real Rapist? 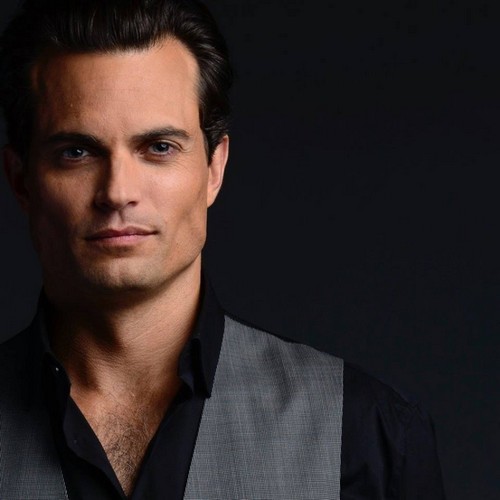 The Young and the Restless spoilers explain how Avery will shoot Joe Clark and what his ultimate fate will be. Y&R is definitely setting up Joe Clark to be shot but will he die? Let’s review what he brings to the Y&R table and who might do him in.

The Y&R writers and TPTB obviously had no idea where they were going with this character Joe Clark, first they tried to vilify him then they softened him up only to vilify him again. It has been obvious TPTB had no idea what to do with such a charismatic character actor. They had him team up with his ex wife Avery to get a battered women shelter launched and Avery praised him for his thoughtfulness as they talked about his horrible abused childhood – were the writers wanting us to feel bad for Joe? TPTB now want us to believe that Joe was a violent wife abuser and lately possibly a violent rapist.

Avery all of a sudden starts having flashbacks of their marriage and Joe abusing her.. yet when Dylan accidentally popped her in the face during an altercation with Joe [she got in the middle of the fight] she didn’t flinch or indicate in any way at all the abusive monster that we are now expected to believe Joe supposedly was. To push matters further from the logical Avery wants to meet this violent freak of an ex husband in a dark park alone after she got a restraining order against him because she feared for her life. Seriously?? 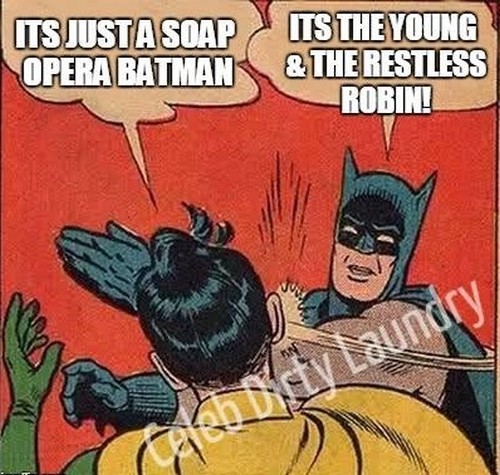 Avery demands Joe show up to meet her but he is reluctant and afraid he is being set up to get arrested – or worse but eventually he complies with crazy Avery wishes and does what she requests. Avery the “battered” ex wife starts threatening the deadly brute in the dark park – Joe finally leaves and both are upset. Avery then is followed home from the park, beaten up and raped. I mean anyone with a brain knows that it wasn’t Joe who did this, right or wrong?

While at the hospital after her brutal assault Avery tells sister Phyllis that Joe did this to her and Phyllis tells her she is going to go after Joe herself to which darling Avery tells her “I WANT HIM DEAD!!” Phyllis has the look of vengeance in her eyes tells Avery she will take care of Joe! So far we have Avery and Phyllis as natural suspects if Joe is shot.

During the time of Avery’s rape Joe finds himself at The Athletic Club bar and sees his friend Cane’s wife Lily [Cristal Khalil] drinking alone so he joins her – one thing leads to another and eventually these two end up in a steamy sex scene! Joe now has an alibi BUT when Lily woke up Joe was gone so how air-tight is his alibi?

Which also brings us to suspect number 3 – long time frenemy Cane Asby [Daniel Goddard]. Last week on Y&R Cane was just told by Lily that she slept with Joe – Cane was LIVID and very unforgiving – “WHY HIM, WHY” he shouts at Lily. Cane cannot get his cuckolding out of his head and it is destroying him that of all people Lily slept with this “dirtbag.” Will Cane go rogue and act upon his vengeful feelings?

We come to a natural suspect and a man prone to violence: Dylan McAvoy [Steve Burton] has always had it out for Joe and now is his chance to act upon all of his pent up anger – Dylan shows up at Joe Clark’s and cold cocks him, knocking him out, giving Dylan a chance to tie Joe to a chair and start berating him, trying to force the truth out of him – but Joe is sympathetic about what has happened to Avery and swears he did not do it, that he would never hurt Avery. Joe Clark has done nothing but make Dylan’s life miserable from the moment he stepped foot in Genoa City. From trying to steal Dylan’s Coffee house Crimson Lights, to ruining his relationship with Avery, Dylan’s always been a target of Joe’s dirty deeds. Dylan has once again vowed to hold Joe’s hand to the flame and this time Dylan says it’s going to stick!

It seems the only way out for this character is to be killed because they are making the whole town hate Joe Clark. Joe does not have any family ties and the only tie he has is with ex wife Avery and the actress Jessica Collins has already taped her final scenes.

In the July 8 The Young and the Restless episode Avery steals Dylan’s gun from behind the cash register – is she going to take the law into her own hands – as in becoming judge, jury and executioner? One thing is for sure, Joe Clark will be shot and the first suspect will be Dylan because of course Dylan’s gun is missing plus any bullets found in poor Joe will probably be traced to that gun – which could lead to more potentially false accusations aimed at Dylan.

The ironic thing is Y&R rumors indicate Joe was not the rapist – dude may be a snake and a womanizer but he is not a woman beating rapist.

Does Avery finally snap and shoot Joe only to find out he was NOT her rapist? Will Avery finding out she killed an innocent man finally push her over the edge and towards her own demise? From the looks of it this is how it is going down. Let’s not forget that we also need to find out who is the real rapist. Stay tuned to Y&R as Avery wraps her final scenes.

What do you think CDL’ers, will Avery be the one to pull the trigger on Joe or will it be one of the other suspects above? Please leave your thoughts and comments below.