‘The Young and the Restless’ Spoilers: Is Colin Atkinson the Confessional Occupant – Teaming Up with Victor for Money? 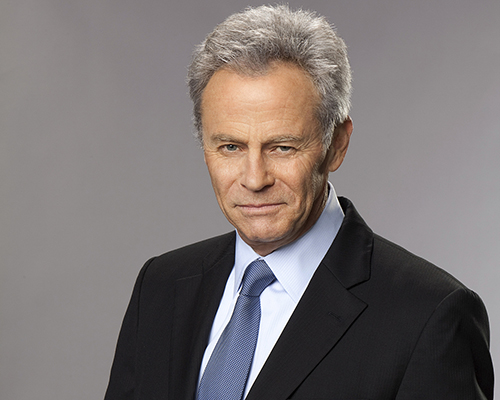 “The Young and the Restless” spoilers tease that Victor’s (Eric Braeden) plan could have devastating consequences for Jack (Peter Bergman). Y&R fans know Victor wants to completely destroy Jack’s life, but the question remains: who is Victor scheming with? There are several rumors floating around, but there’s a new theory that some viewers might not have considered. It’s possible that Colin (Tristan Rogers) could be the confessional occupant who’s collaborating with Victor. Note that Colin and Victor have not been seen “together” in Genoa City although they know many of the same people – but do they know of each other.

If Colin is the mysterious partner, there’s a good chance that his motive is money. After all, before Colin fell in love with Jill (Jess Walton), he was trying to get his hands on the treasure tied to Katherine’s (Jeanne Cooper) music box. Bottom line, Colin is a con man at heart and he’s always been obsessed with obtaining wealth. Colin will do anything for a quick buck and Victor has plenty of bucks to throw around. They’re really the perfect pair when you think about it.

Colin’s life also revolves around making Jill happy. Colin blackmailed Devon (Bryton James) for millions so that Jill could purchase Chancellor Industries. Now Colin just wants to run Chancellor by Jill’s side and make sure she has everything she’s ever wanted. It’s not a stretch to believe Colin would stoop to Victor’s level if it meant making some extra cash. Plus, Colin’s past as an Australian crime boss means he has experience dealing with ruthless criminals from all walks of life. Perhaps Colin feels he’s playing on Victor’s level, but we all know Victor is capable of pulling a fast one.

“The Young and the Restless” rumors say that Kelly (Cady McClain) isn’t really dead. If that’s true, Victor probably has plans for both Kelly and Colin. You can’t do business with Victor and expect it to end well. As Victor said, there’s always a price. Stick with “The Young and the Restless” to get updates on what Victor has planned for Jack and his partners-in-crime.

So Y&R fans, what do you think about the idea that Colin could be helping Victor take down Jack? Do you think Colin is a likely candidate or do you have someone else in mind? Does teaming up with Victor always mean bad news? Let us know what you think in the comments below and don’t forget to check CDL tomorrow for the latest “Young and the Restless” spoilers, rumors, news and updates.