‘The Young and the Restless’ Spoilers: Joe Behind Dylan’s Attack, Jack Knows Phyllis is Crazy, Chelsea and Gabriel Discuss Adam 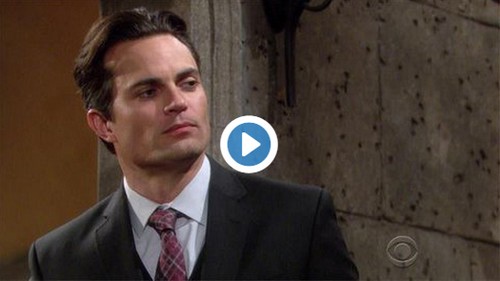 “The Young and the Restless” spoilers for Monday January 19th tease that Jack Abbott will confront Phyllis about wearing the blond wig to the flower shop and posing as Kelly – but Phyllis continues the charade and insists that Kelly planted the wig in her purse to frame her. After a disturbing chat with Phyllis, spoilers tease that Jack pays Victor Newman (Eric Braeden) a visit and demands all of the information he has on Dr. Cutler and the drugs that he pumped Phyllis full of. After revealing that Phyllis is “not the same woman” and guilting Victor with the fact that she is Summer’s (Hunter King) mother, he caves and produces the information that Jack wants.

In other “The Young and the Restless” news, when Victor isn’t busy dealing with Jack on January 19 – he has his hands full with his sinking company and Joe Clark (Scott Elrod). Apparently Victor didn’t hire goons to assault Dylan, but Joe did – he lectures his business partner on “making a liar out of him” and separating their personal lives from their business ventures. “The Young and the Restless” spoilers also tease that Victor admits to his daughter Victoria that their family business is in serious financial trouble. Victoria (Amelia Heinle) doesn’t think that Selling Dylan’s company out from underneath him is the answer though – she thinks that they should reopen “Brash & Sassy.”

“The Young and the Restless” spoilers for Monday’s episode of the CBS soap also reveal that Y&R fans can expect to see Chelsea and Gabriel bonding and discussing her late husband Adam Newman – which does not go over well with Billy. And, Dylan (Steve Burton) receives a threatening phone call from the same men that assaulted him.

So Y&R fans, do you think that Phyllis has gone completely crazy? Are the drugs that Dr. Cutler gave her to blame? Is it possible that Kelly really is setting her up to make her seem crazy? Will Chelsea (Melissa Claire Egan) figure out that Gabriel is actually Adam Newman soon? Will Paul be able to find proof that Joe is responsible for Dylan’s assault? Let us know what you think in the comments below and don’t forget to check CDL tomorrow for more “The Young and the Restless” spoilers and news.