The Young and the Restless Spoilers January 14: Dylan Robbed and Assaulted, Sent To Hospital After Rejecting Victor’s Bribe! 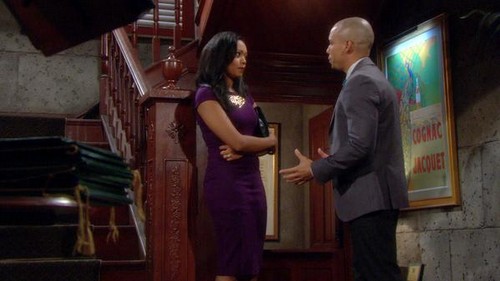 “The Young and the Restless” spoilers for Wednesday January 14 reveal another exciting episode of the CBS soap, and rumor has it Y&R fans will not want to miss a single second. Victor Newman and Joe Clark have riled up the residents of Genoa City with their redevelopment project, which coincidentally will put Dylan McAvoy’s coffee shop out of business. This week on the CBS soap, Dylan and Avery have been organizing protests and fighting back against the Joe and Victor, and according to “The Young and the Restless” spoilers – their hard work paid off…and then backfired.

“The Young and the Restless” spoilers for January 14 reveal that Dylan and Avery receive news that the mayor has put the redevelopment project on hold because of all of the drama that the protest had stirred up. Naturally, Joe and Victor were not as thrilled when they received the news – but Victor reassured Joe he would “handle Dylan.” Y&R spoilers reveal that Victor pays Dylan a visit on Wednesday’s episode and tried to buy him off – but Dylan won’t take the bait. Moments after Victor leaves that coffee house – two men in masks charge in and rob Dylan and assault him.

In other “The Young and the Restless” news, Phyllis and Kelly continue to feud over Jack Abbott and the hotel room mix-up. Phyllis is adamant that she did not orchestrate the scheme, but Jack is beginning to have his doubts when he calls the flower shop on January 14 and learns that Phyllis sent Kelly the flowers that she received. Also, spoilers tease that on January 14th Neil will head to the doctor and learn that his sight is on the mend – but he forces Cain to keep it a secret from his family. And, Summer’s hubby Austin gets a new job – working for Joe Clark!

So Y&R fans, do you think that Victor is responsible for the beat down that Dylan received? Is Joe and Victor’s redevelopment plan done – or will they find a way to revive it? Who do you think is lying about the hotel room mix-up, Kelly or Phyllis? Let us know what you think in the comments below and don’t forget to check CDL tomorrow for more “The Young and the Restless” spoilers and news.