The Young and the Restless Spoilers: Will Dylan Lose Fiancee and Coffee Shop as Avery and Joe Clark Get Back Together? 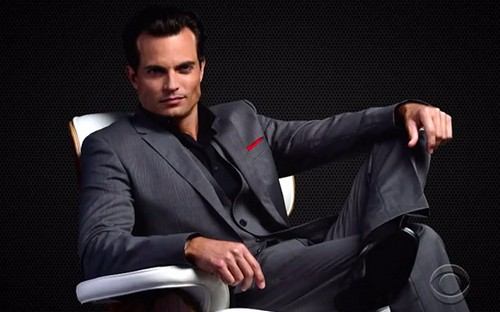 The Young and the Restless spoilers are teasing about another possible reunion of former lovers. This time the news of a possible hook up for Joe Clark and his ex wife Avery Bailey Clark are steaming up the internet! When Joe first arrived in Genoa City, Avery was acting very indifferently towards her ex husband. Now with him hanging around town the last few months, Joe’s subtle charms and hunky good looks might be finally enough to tempt the very conservative Avery back to him!

Avery admitted to Joe during the Y&R New Year’s Eve party at the Athletic Club that he was able to ‘push her buttons’! This no doubt occurred when Avery first witnessed Joe courting Ashley Abbott on his arm as his New Years Eve date. Could one of those pushed buttons be a jealousy button? Rumors are floating around that Avery will not be able to contain her feelings for her stunning ex husband much longer.

The apparent hook is rumored to be a passion filled night on The Young and the Restless that moves Avery very deeply. But will this new found passion be enough to mark the start of a permanent reunion of the once married couple? The Young and the Restless spoilers have been always known to keep its so called ‘happy couples’ shelf-life short. Can this one night stand between Avery and Joe be the beginning of the end for Avery and Dylan’s engagement and pending wedding?

Other Y&R spoilers and news tease that Joe is only attempting to seek revenge on his ex and her fiance Dylan. Joe, in conjunction with Victor Newman is already trying to put Dylan’s coffeehouse, Crimson Lights, out of business with a Redevelopment Projected slated to tear down the Warehouse district of Genoa City. By also luring away Avery from Dylan, Joe is looking to ‘pay back’ Dylan for stealing and ruining his marriage to Avery. Will Dylan lose both his coffee shop and his fiancee?This new love triangle is making its way to be one of the big new storylines for YR in 2015. Would you like to see Joe win Avery back? The new year promises to keep everyone on their toes. As new lovers, scandals and corporate take overs are slated to keep everyone in Genoa City on high alert! Return to CDL often for more The Young and the Restless Spoilers!

Savvy Soap Opera Spy fans seem to accept that Joe and Avery will betray Dylan but they aren’t happy about it!

I knew Avery would do this. She ALWAYS wants the one she is not currently with. All her relationships have been like this.

that is exactly what people have been saying about her Kristy Long!!!!

Will love this , Dylan and Avery no chemistry!!

Don’t like Joe Clark….why can’t the writer’s let Dylan & Avery be happy? Joe is a waste. Get rid of him. Victor would love this guy bc they’re 2 peas in a pod. Y & R you are ticking me off.