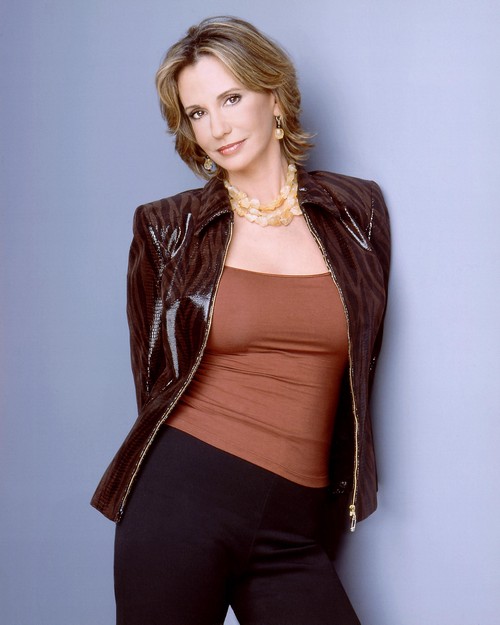 The Young and the Restless spoilers have been teasing some major drama in Genoa City during 2015. And, if half of the rumors floating around about the CBS soap turn out to be true, then Y&R fans are in for one crazy year of soapy drama.  We love rumors just as much as we love spoilers, because the majority of the time there is some truth to them.  Here are some of our favorite Y&R rumors that are currently floating around, please remember that at this time these are JUST rumors and may or may not turn out to be true.

Summer Cheats On Austin: The Young and the Restless is probably the worst at keeping secrets when it comes to the remaining four daytime dramas.  Although TPTB have tried (and failed miserably) to keep it under wraps – Kyle Abbott is returning to the CBS soap.  And, all together now – let’s gasp in fake shock.  Rumor has it that when Kyle returns to Genoa City, Summer has a tough time remembering she is married and cheats on Austin with her old crush.

Jess Walton Quitting: The only action Jill Abbott seen in 2014 was locking conniving Colin in her attic and a bizarre Nancy Drew storyline regarding a music box – which no one understood.  Seriously, is the mystery solved? Does anyone remember what was so supposed to be so amazing about the music box?  Regardless, Jess Walton (pic above) is not a happy camper.  The daytime veteran has devoted the last 27 years of her life to the CBS soap and all she has gotten in return is a music box and a con artist boyfriend.  Rumor has it that daytime diva is threatening to walk.

Dylan And Avery Are Done: Jill Farren Phelps desperately wanted Dylan and Avery to be the next Y&R super couple, but so far all they do is make us super sleepy.  Rumor has it that under Chuck Pratt’s new regime one of the first items on his to do list is to put the couple out of their misery and find them some spicier spouses – because they are not winning over the support of Y&R fans like the writers had hoped they would.

Neil Winters’s Sweet Revenge: It’s pretty obvious that Neil is going to miraculously get his eyesight back and not tell a soul – and then catch his wife Hilary cheating on him with his son Devon, we all can see that twist coming a mile away.  But, rumor has it that Neil’s reaction may not be what Y&R fans expect.  According to The Young and the Restless rumors floating around the internet, when Neil realizes Hilary and Devon are cheating, there will not be a mega blow-up, but a long and slow carefully calculated revenge plot against them.

Phyllis Fights Dirty: The Young and the Restless spoilers tease that the feud between crazy Phyllis and crazier Kelly is about to get much darker than any of us expected.  The two women clearly have an axe to grind after Jack dumped Kelly for Phyllis, and rumor has it that they will wind up in a physical altercation that results in Phyllis accidentally killing Kelly.  When Y&R coming and goings introduced the new character of Kelly Andrews – they never specified how long she would be in town…or alive.

So Y&R fans, do you think Jess Walton has a reason to be upset?  Will she actually quit the CBS soap?  Are you a fan of Dylan or Avery, or do you agree with the hefty majority of fans that fast forward through their scenes?  Are TPTB really killing off Kelly?  Will Phyllis get away with it?  Let us know what you think in the comments below and don’t forget to check CDL tomorrow for more The Young and the Restless spoilers and news.