The Young and the Restless Spoilers: Kelly Killed Off, Noah’s New Girlfriend, Colin Exiting, Dylan and Avery Break Up? 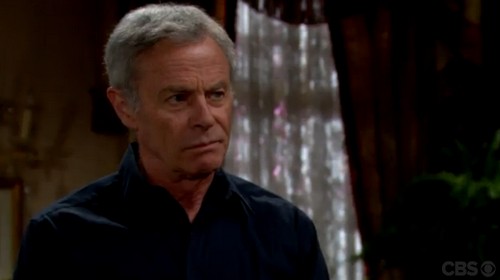 The Young and the Restless spoilers tease a ton of exciting storylines coming up in 2015, and rumors are flying about potential plot twists. We always like to monitor the CBS soap rumors floating around the internet, because most of the time there is some truth to them and they wind up morphing into actual The Young and the Restless spoilers. Here are some of our favorite rumors that have been popping up on the internet; please remember, right now these are just rumors, and may or may not wind up actually happening.

Hilary’s Baby Daddy: Rumors have been flying around for quite a while teasing that Neil’s wife Hilary will wind up pregnant with either Neil or Devon’s baby. The never-ending rumor seems to be gaining a lot of traction this week because Y&R spoilers have confirmed that Neil Winters asked Hilary to stop taking birth control so that they can have a baby together. It looks like the rumors regarding Hilary’s pregnancy will actually come to fruition!

Colin Out: Tristan Rogers’s character Colin has been on the backburner for quite a while on The Young and the Restless. General Hospital rumors have been floating around for weeks claiming that Robert Scorpio is returning and Tristan Rogers is leaving Y&R to reprise the GH role; the character has been mentioned dozens of times over the course of the last few weeks further fueling the theory that he is returning. At this time Tristan Rogers hasn’t been receiving a lot of screen time on Y&R, so we wouldn’t be surprised if he decides to leave the CBS soap and return to General Hospital.

Noah Newman New Storyline: According to Y&R rumors, the writers have decided it is time to finally put Noah Newman to use on the CBS soap. The son of Sharon and Nick hasn’t had a storyline of his own in quite a while, but rumor has it that the writers are freeing him up from his longtime girlfriend, Courtney, so that they can pair him up with one of the leading ladies.

Dylan & Avery: Dylan recently proposed to his longtime girlfriend, Avery, and she accepted in an adorable scene in the park. However, the engagement didn’t garner half as much buzz as the writers had thought it would. Rumor has it that TPTB are planning to break up Dylan and Avery because their relationship is not resonating well with fans. Considering the fact that Avery’s ex, Joe, is in town, now would be a perfect opportunity to split the sleep-inducing couple.

Phyllis Vs. Kelly: The Young and the Restless spoilers tease that the feud between Phyllis and Kelly is going to take a dark turn. Rumors have been flying around for quite a while that the character of Kelly Andrews was going to be written out of the CBS soap – and a popular theory among fans is that Phyllis will wind up “accidentally” killing her while they are fighting. Looks like another mysterious tumble down a flight of stairs is coming!

So, Y&R fans, do you think that Hilary will wind up pregnant? Would you blame Tristan Rogers if he left Y&R and went back to GH so that he could get some screen time? Who would you like to see Noah Newman hook up with? Will the writers really kill off Kelly? Let us know what you think in the comments below and don’t forget to check CDL tomorrow for more The Young and the Restless spoilers and rumors.