The Young and the Restless Spoilers: Is Amelia Heinle Fired – Victoria Newman to be Recast? 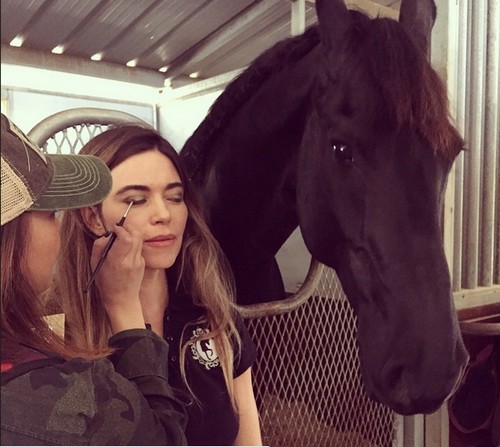 The latest “Young and the Restless” spoilers to be leaked has us in total shock at CDL!  YR breaking news is reporting that long time actress Amelia Heinle may have been fired as Victoria Newman! Amelia first aired on Y&R as Victoria Newman daughter of Victor and Nikki Newman back in March of 2005. “The Young ans the Restless” news and rumors circulating around the web are that Victoria takes an extended trip to Washington D.C. to visit her son Reed, which would certainly give the executives [Jill Farren Phelps] enough time to hire a possible recast and start shooting new scenes with another actress.

Could this be yet another ax job done by the all too infamous JFP? With the rumors swarming that long time favorite Christian LeBlanc is leaving “The Young and the Restless” shortly as attorney Michael Baldwin, can Amelia’s possible firing continue the ongoing trend of removing many of  the veteran actors and actresses? Who could possibly be the next Y&R cast member to hit the chopping block?

Another important spoiler that we became aware of which adds fuel to the firing fire is that in fact Amelia Heinle deleted her long standing account on Twitter. Amelia was constantly tweeting updates to her fans and  on the progress of her new fashion and beauty website called Dear March. This Gives us yet another reason to speculate about the possible untimely firing.

If the Victoria Newman character is recast, who would you like to see reprise the role? Just to mention a familiar one, The Bold and the Beautiful Katie Logan Spencer played by Heather Tom, once portrayed a young Victoria Newman.  Would you like to see her return just like her brother David Tom came back to YR to reprise the role of Billy Abbot he once held? Or is there maybe someone else you would like to see. Tell us in the comment section below.

Victoria has been the leading lady on many of the important and long running storylines lately.  Why in the world would  JFP have reason to fire such an important asset to the show? Is there a possibility that JFP owes yet another General Hospital friend (ahem, Steve Burton) a favorite?  Keep checking back to our CDL website for more “The Young and the Restless” spoilers as we continue to receive more breaking news on this story and many more. We hope this rumor is false but we still need to report all the soap news that matters.