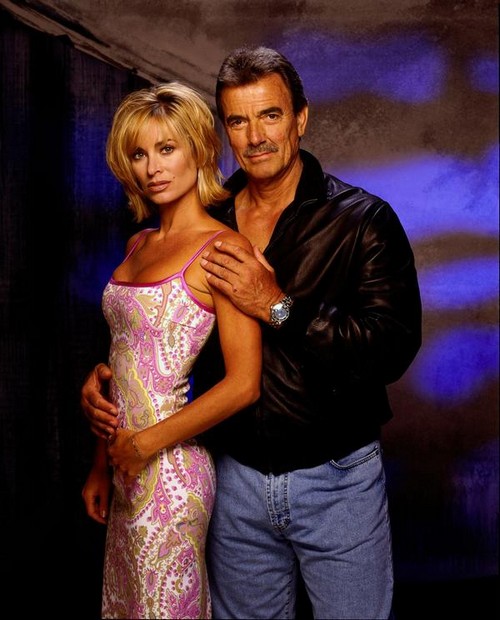 “The Young and the Restless” spoilers for Thursday, April 9, hint that some schemes will move forward as other fall apart. Summer (Hunter King) will encourage Phyllis (Gina Tognoni) to continue with her wedding plans and she’ll tell Nick (Joshua Morrow) about Kyle’s (Lachlan Buchanan) support. Meanwhile, Jack (Peter Bergman) will talk to Kyle about his future and the threat at Jabot. Kyle will say that he needs to figure everything out on his own. Jack will ask Kyle to represent him at a charity event that night and Kyle will sarcastically respond that he wouldn’t want to embarrass the family of the great Jack Abbott.

After Kyle leaves, Jack will talk to Phyllis about how he doesn’t want Kyle to make the same mistakes Billy (Burgess Jenkins). Jack will say he’d like to pass the torch to Kyle at Jabot when their current crisis has passed, but Phyllis will think that Kyle isn’t ready. Later, Summer will accompany Kyle to the charity event and he’ll gush about how beautiful she is. The rumors say these two lovebirds will get hot and heavy pretty soon. Stick with Y&R to see if Kyle and Summer’s romance will last.

Other “Young and the Restless” spoilers tease that Leslie (Angell Conwell) will talk to Nikki (Melody Thomas Scott) about her testimony. Leslie will ask how Nikki would react if someone was forcing her to go to an AA meeting. Victor (Eric Braeden) will think Leslie is trying to put some of the blame on Nikki and he’ll tell her not to say another word. Once Leslie is gone, Nikki will tell Victor that she wants to help, but Victor will indicate that Neil’s (Kristoff St. John) attorney can’t be trusted. Talk will turn to Victor’s plan and Nikki will say she doesn’t want Victor stirring up trouble at the charity event. Later, Victor will give updates to his mysterious partner on the phone. Victor will say that they’re going to blow the Abbott hierarchy to smithereens and place themselves at the top.

Hilary (Mishael Morgan) will sleep with Winston Mobley (Ryan Caltagirone), the assistant district attorney. It looks like Hilary’s plan is in play. Winston will get a call from Leslie about the possibility of a plea deal, but Winston will say that his boss wants to throw the book at Neil. It would take something extraordinary for a deal to be made. Meanwhile, Nikki will try to convince Neil put down the bottle and Devon (Bryton James) will offer to help him get out of the country. Neil will be adamant that he’s going to stay and face the charges like a man.

Sage (Kelly Sullivan) will tell Adam/Gabriel (Justin Hartley) that she got her own place and she’s filing for divorce. Adam will beg her to reconsider, but Sage will tell Mr. Tipton (David Purdham) that she wants out of their sham of a marriage. Mr. Tipton will be pleased and he’ll say he’s going to draw up the papers to terminate the inheritance. Adam will be furious that Sage has ruined their plan, but Sage will say that nothing is worth the life she’s been living. Sage will sarcastically add that Adam is free to go after Chelsea (Melissa Claire Egan) now that he won’t have her as his ball and chain. Once she leaves Adam, Sage will tell Nick that she ended her marriage for him. Sage will say she feels relieved and is ready to move on.

Later, Gabriel/Adam will tell Chelsea that everything has changed. Gabe will say that he’s filing for divorce and giving it all up for Chelsea. When Gabe senses that something is wrong, he’ll tell Chelsea that she can talk to him about it. Chelsea will indicate that she just received bad news from Connor’s (Nolan and Michael Webb) doctor. It sounds like Adam could soon have a big reason to reveal his true identity so Y&R viewers will want to stay tuned.