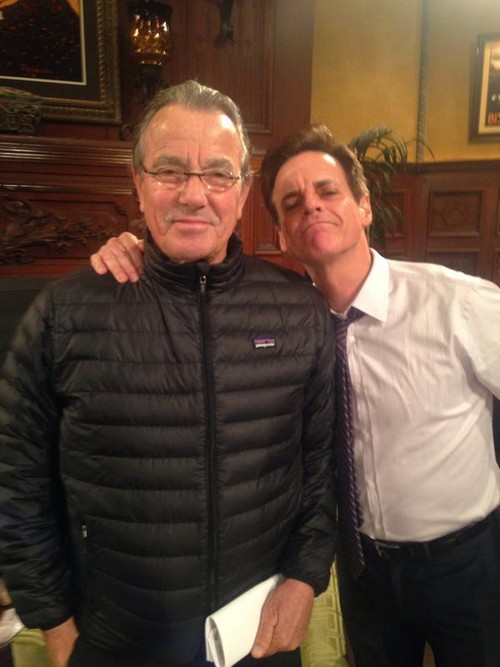 “The Young and the Restless” spoilers for Wednesday, April 8, tease that secrets could resurface in Genoa City. Paul (Doug Davidson) will tell Dylan (Steve Burton) to get to the police station immediately because he knows all about Austin’s (Matthew Atkinson) murder and the cover-up. Paul will encourage Dylan not to make things any worse on himself or Sharon (Sharon Case). Dylan will be deep in thought as he looks at the tire iron.

Meanwhile, Noah (Robert Adamson) will thank Nick (Joshua Morrow) and Sharon for letting him stay with them. When Nick goes to check on Faith (Aly Lind), Noah will want to know if Sharon had anything to do with Courtney’s (Kelli Goss) murder. Sharon will gasp and insist that she’s innocent. However, Noah will mention how she burned down the ranch house and lied about Summer’s (Hunter King) father. Nick will walk in and say that it’s enough, but Noah will make a sarcastic comment about the Newman family policy of committing a crime and covering it up.

Nick will learn about Sharon’s interview with Austin and he’ll say that he regrets what he did. Still, Nick wasn’t the one who tried to conceal the incident. Noah will apologize and admit that he doesn’t really think Sharon did it. However, the rest of the gang has been suggesting that the interview gives Sharon a motive. When Noah is asleep, Sharon will tell Nick that she hoped that when Austin died, the interview would die with him.

Other “Young and the Restless” spoilers hint that Jack (Peter Bergman) will suspect Victor (Eric Braeden) is up to something much bigger than the hack at Jabot. Billy (Burgess Jenkins) will say there must be a way to prove Victor was involved in the security breach. Phyllis (Gina Tognoni) will suggest that maybe Victor was after a personal secret rather than a business one. Later, Jack will tell Ashley (Eileen Davidson) that there is one family secret that hasn’t come out yet. Victor could reveal that Ashley isn’t really an Abbott in hopes of causing a public relations nightmare and terrible infighting. Abby (Melissa Ordway) would be crushed to learn the news and realize she’d been lied to. Ashley will say that Victor has too much respect for her to expose the truth, but Jack will warn her not to underestimate him.

Dylan will tell Avery (Jessica Collins) that he has to hire her so she can’t say anything to the police. After handing her some cash, Dylan will show Avery the tire iron and say he thinks Sharon is being framed. Avery will wonder what motive Sharon would have for the murders. Dylan will fill Avery in on Sharon’s interview and her blackmail scheme against Nick. When Paul shows up, Dylan will say that Sharon has an alibi since she was with him during the time of Austin and Courtney’s murders. Paul will indicate that he plans on looking at that alibi more closely. Once they’re alone, Avery will ask Dylan if Sharon is really worth lying to the police for. Dylan will insist that he believes in Sharon’s innocence and Avery will agree to get the tire iron tested for blood and fingerprints.

Victor will make a call to his mysterious partner-in-crime and confirm that everything went according to plan. A tray with the fingerprints will be sitting on a desk. They are There have been a lot of rumors about what Victor has up his sleeve. Stick with CDL for Y&R updates as Victor’s scheme forges ahead.