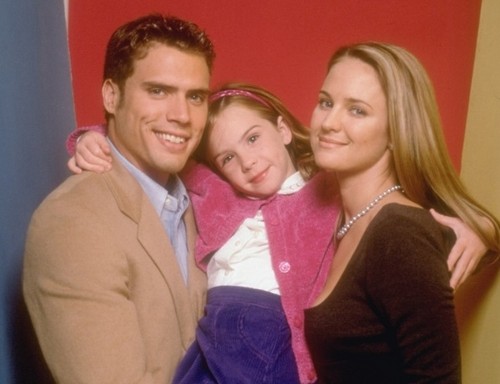 “The Young and the Restless” spoilers for Monday, March 30, hint that the past will cause problems for several Genoa City residents. As Victor (Eric Braeden) and Victoria (Amelia Heinle) chat over dinner, Ashley (Eileen Davidson) will give each of them a box of Hex and talk about how successful it’s been. Ashley will make a comment about Victor’s offer to buy Jabot and Victoria will be suspicious. It seems Victor has a plan that could have Ashley working for him before long.

In Stitch’s (Sean Carrigan) room, Dylan (Steve Burton) will talk with Stitch about the danger Abby (Melissa Ordway) and Sharon (Sharon Case) are in. Abby will suggest that Sharon could be responsible for the threatening messages. Stitch and Abby will tell Dylan about Austin’s (Matthew Atkinson) documentary. Dylan will decide that they’re dealing with someone dangerous and they should identify the enemy immediately. Later, Ashley will show up and be shocked to learn that Abby knows about her hookup with Stitch. Ashley will claim it didn’t mean anything, but Abby won’t be so sure. Victoria will show up and hear them arguing, but Abby and Ashley will blame it on work. The rumors say that another big secret involving Ashley will come out in the near future so we’ll give you updates as more details emerge.

At Sharon’s place, she’ll remind Nick (Joshua Morrow) about a secret of his own. During Nick’s senior year, he threw a party while his parents were away. When someone broke an antique vase, he sent everyone home except an underaged girl named Sondra Allen who Nick plied with alcohol. Nick didn’t know it, but Sharon stuck around and heard Nick challenge Sondra, who was an expert diver, to dive off the balcony into the pool. When Sondra dove in and didn’t come up, Nick rescued her and gave her CPR.

Sondra’s neck was broken and it crushed her dreams of becoming an Olympic diver. Victor paid for Sondra’s medical expenses and her education. In exchange, Sondra and her family agreed that Nick would never take the blame. Nick will be stunned by the whole story. It seems Sharon was standing behind the pool house and heard Victor lay out the plan over the phone. Nick will say he wasn’t aware of Victor’s scheme. If Nick doesn’t give Sharon access to Faith (Aly Lind), he could be in big trouble. Nick will go see Avery and tell her he wants to change the custody agreement. Sharon will get one day a week with Faith because it’s the right thing to do. Avery will tell Nick that there’s no going back once he does it, but he’ll tell her to do it anyway.

Other “Young and the Restless” spoilers tease that Gabriel/Adam (Justin Hartley) will notice Chelsea’s (Melissa Claire Egan) wedding ring when it falls out of her purse. Chelsea will say that she’s saving it for Connor (Michael and Nolan Webb) and she’ll admit that Gabe was right about her not being over Adam. Chelsea will say that she thought marrying Billy (Burgess) would give her closure, but she thinks about Adam more than ever. Meanwhile, Jack (Peter Bergman) will imply that Billy is still stuck on Victoria. When Chelsea walks in, both Billy and Chelsea will blurt out “I think we should put off the wedding” at the same time. Billy and Chelsea will agree they have some things to sort out and they’ll share a kiss.

Phyllis (Gina Tognoni) will stop by Avery’s (Jessica Collins) office for a chat. They’ll talk about the news of Kelly’s (Cady McClain) death as well as the plans for Phyllis and Jack to elope. Joe’s (Scott Elrod) name will come up and Phyllis will indicate that she thinks Avery is still in love with him. Jack will pop in and Avery will share her suspicions about Gabriel’s mismatched signatures. Jack will later tell Adam that he needs to be more careful if he wants this charade to work. Billy has had his suspicions about Gabriel from the get-go and it seems he’ll share a few of them. He’ll accuse Gabe of running out of gas on purpose and Gabe will comment on how Billy hates the man Chelsea still loves. Billy will tell Gabe not to worry because love will conquer all. The dramatic reveal is coming up eventually so stay tuned to Y&R for the exciting fallout of Gabriel’s secret.