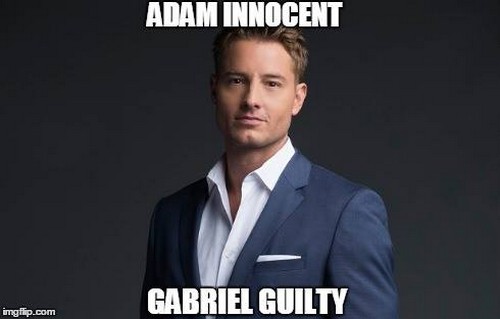 The Young and the Restless spoilers present a theory of what happened in the past to Adam, Gabriel and Sage and how that could impact Y&R storylines and major characters today and in the future. Firstly we offer an overview of our theory and then support it with details and offer some surprising twists. Sage knows Delia’s killer is not Adam but is in fact dead Gabriel – this will force Adam to confess his identity theft and own up to the fact the he really is a Newman. Adam will need to prove that he is innocent of murder and is NOT Gabriel once the truth about Delia’s death emerges! Better to be a disgraced Adam Newman guilty of assuming a dead man’s identity than a Gabriel Bingham guilty of hit and run murder!

It could not have been Adam that ran over Delia with his car in the old Young and the Restless episode because when Billy was running across the street right after his daughter was struck he dropped Delia’s scarf. Adam had to have run over the scarf after Delia was hit since it got stuck in the grill of his SUV. Adam himself thinks he is guilty of this horrific crime and as a matter of fact has been haunted by the scarf and Delia’s little barking dog toy. So, to be clear, Billy still had possession of the scarf AFTER Delia was struck – which means Adam came upon the scene after the deadly collision or else Delia’s scarf could not be in his grill – Billy had the scarf when Delia was hit!

Adam confessed on a video to his attorney that he is guilty of running over Delia but that he did not remember hitting her. Let’s bring a weird twist of fate into this picture. Adam is taken hostage by Billy Abbott, they crash and Billy walks away from the scene to leave Adam to die in his burning vehicle. Sage and Gabriel stumble upon Adam in the burning vehicle before he dies. Gabriel was able to save Adam from the inferno but only at the cost of his own life as he perished in the fiery crash.

Sage takes Adam to Gabe’s grandmother Constance Bingham and tells her the story of how Gabriel “tried” to save Adam Newman but failed. Sage then hires a brilliant plastic surgeon to make Adam look just like Constance’s beloved grandson Gabriel Bingham. Sage has been a sheisty type of character with hidden secrets who is always showing up at impossibly odd moments. For instance Sage stumbled across Nicholas Newman stuck in a bear trap in the middle of nowhere and she and Gabe stumbled upon Adam in his burning car. Y&R added to Sage’s mystery when she was spotted at Delia’s grave eavesdropping on Billy and Chelsea. Sage got weepy at Billy and Chelsea’s when she saw Connor’s teddy bear and when Billy noticed her sadness she told him it was because she cannot have children – but was there more to that story, like some painful memories of a tragic night?

Sage knows the truth about who really struck and killed Delia with a car but she has been making Adam believe it was him so she can blackmail him and maintain the upper hand in the sick relationship. Meanwhile Sage is is keeping the stain off the name of the real killer – who is none other than GABRIEL BINGHAM! Note that living in the country makes it likely that Gabriel drove an SUV rather than a car… just like ADAM! Sage is always reminding Adam that he killed a little girl but she knows that is a lie. Sage was the passenger and Gabriel was driving when he hit Delia.

What if the biggest Y&R twist of all comes when the supposedly late Adam Newman is eventually cleared of Delia’s hit and run charges BUT Gabriel Bingham is charged in his stead. Imagine the irony – Adam adopted the identity of the one person in the world who is actually guilty of the crime that he was desperately running away from! Must Adam come clean about posing as Gabriel all of this time? Looks like Adam would have to, wouldn’t he – better identity theft than murder, right? Imagine the crazy fallout when Adam comes clean! Come back to CDL often for more The Young and the Restless spoilers, rumors and news! 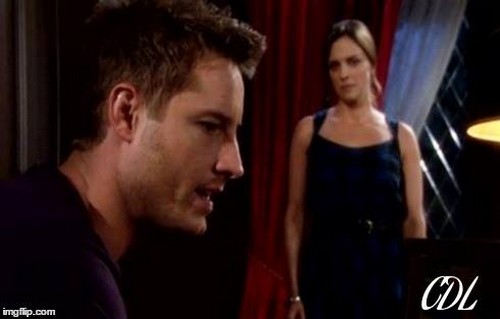