‘The Young and the Restless’ Spoilers: Nikki’s Drunken Hit and Run – Stitch and Victoria Break Up – Nick Learns Ugly Secret 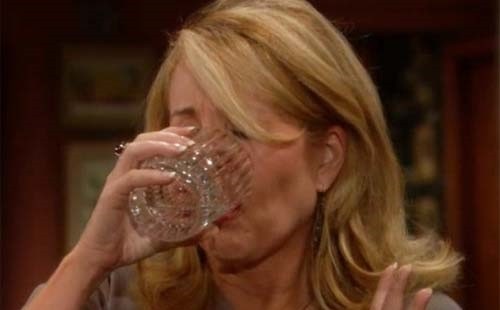 “The Young and the Restless” spoilers for the week of January 26-30 reveal some exciting drama in store for some of our favorite Genoa City residents. Rumor has it Y&R fans will not want to miss a single episode! Chuck Pratt Jr. has officially taken over the Y&R writing – and we will get so see his work debut during the week of January 26. According to “The Young and the Restless” spoilers, this is what fans can expect to see this week on the CBS soap:

Monday January 26: “The Young and the Restless” spoilers tease that on Monday’s episode of the CBS soap – Nick and Sharon’s battle over their daughter Faith really heats up when Sharon (Sharon Case) announces that her lawyer is putting their daughter on the witness stand when they go to court. Meanwhile across town, Dylan (Steve Burton) opts to not shoot Joe Clark – but warns him that he if doesn’t back off he will not have any problem shooting and killing him.

Tuesday January 27: “The Young and the Restless” spoilers for January 27 reveal that Jill (Jess Walton) prepares to go to war with Victor Newman over Katherine’s company Chancellor. Across town Neil Winters begins to finally realize that Hilary may not be being 100% truthful with him, and he pressures his wife to tell him the truth.

Wednesday January 28: On Wednesday’s episode of “The Young and the Restless” spoilers tease that there is a major setback at Jabot and Ashely Abbott is in panic mode. On the other side of Genoa City, Nick Newman discovers that Gabriel and his new love interest Sage are keeping a huge secret from him. Perhaps word gets back to Nick that Sage was kissing Gabriel (Justin Hartley) at the club right in front of Chelsea and Billy?

Thursday January 29: Y&R spoilers in the latest edition of Soap Opera Digest tease that on January 29, “Nikki Newman’s drinking gets out of control.” Rumors have been floating around for weeks that Nikki (Melody Scott-Thomas) will get behind the wheel of a car while she is under the influence and mow someone down – could they be true?

Friday January 30: “The Young and the Restless” spoilers for Friday’s episode of the CBS soap reveal that Victoria and Stitch make a major decision regarding their relationship. It has already been confirmed that Amelia Heinle is quitting Y&R and her character Victoria Newman is headed to Washington indefinitely, so there is a good chance that the decision they make about their relationship…is to end their relationship.

So Y&R fans, are you as shocked as we are that Dylan didn’t kill Joe Avery? Do you think that he will make good on his promise and come back and finish the job? How does Nikki’s drinking get out of control? Is this the end of Stitch and Victoria, do they break up? Let us know what you think in the comments below and don’t forget to check CDL tomorrow for more “The Young and the Restless” spoilers and news.