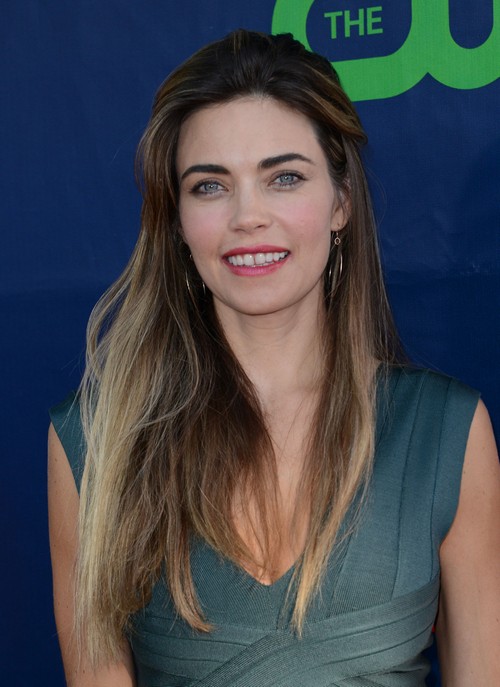 The Young and the Restless spoilers and coming and going news confirm that the casting rumors about Amelia Heinle are true – and she will be exiting the CBS soap. According to spoilers for “The Young and the Restless,” Heinle’s character Victoria Newman will be travelling to Washington momentarily to visit her son Reed after her daughter Katie’s christening – and will not be returning for several weeks. When spoilers first hit the web teasing that Victoria Newman was leaving town for a while, rumors began flying around that TPTB had fired Amelia Heinle or she had quit the soap, and they were looking for a recast.

When “The Young and the Restless” Casting rumors began flying around, Y&R fans automatically thought the worse and worried that Amelia had been “Jill Farren Phelps-ed.” But, it looks like Amelia’s Y&R exit could just be brief – and the actress could have taken some personal time off from the CBS soap because her sister-in-law Jane Heinle passed away from cancer on December 31. Amelia has been very close to her brother’s wife Jane and their two children and even created a charity event with her CBS co-stars to raise awareness and funds for the disease just a few months ago. According to Jane Heinle’s obituary, she passed away on December 31st and was laid to rest on January 10th.

Considering the fact that Amelia Heinle has just lost a close family member, and has deleted her social media accounts – it is safe to assume that she is just taking some time off from “The Young and the Restless.” However, CBS nor Heinle has confirmed or denied Victoria Newman’s upcoming exit and how long she will be in Washington. There is a very real chance that Amelia may need more time than TPTB at “The Young and the Restless” can give her, and then they will have no choice but to recast the part.

What do you think Y&R fans? Is Amelia leaving the soap for good or just taking time off to mourn her sister-in-law? How long will Victoria Newman be off the campus? Could CBS cast a temporary replacement until Amelia is ready to come back? They almost cast a temporary Nikki Newman replacement when Melody Thomas was sick. Let us know what you think in the comments below and don’t forget to check CDL tomorrow for more “The Young and the Restless” spoilers and news.