The Young and the Restless Spoilers: Billy Thinks Gabriel Stalking Chelsea, Will Dylan Kill Joe, Faith To Testify Against Dad

BY Amanda Austin on January 25, 2015 | Comments: one comment
Related : Soap Opera, Spoiler, Television, The Young and the Restless 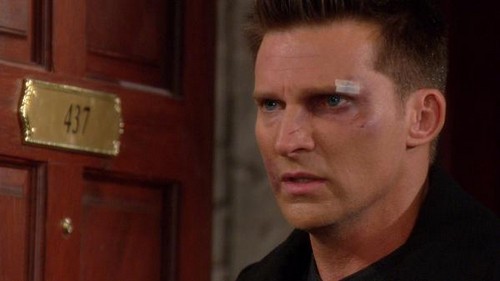 “The Young and the Restless” spoilers for the Monday January 26 episode of the CBS soap tease another day of drama in Genoa City. Rumors have been floating around that the Y&R writers plan to kill off Avery’s ex-hubby Joe Clark (Scott Elrod), however contrary to popular belief he will not meet his demise on Monday’s episode of the CBS soap.

“The Young and the Restless” spoilers for January 26 tease that after Dylan’s (Steve Burton) armed rant in the hotel suite – he threatens Joe that if he doesn’t back off he will kill him, and then promptly storms out. After their heated confrontation with Joe Clark, Dylan accuses Avery of taking Joe’s side and trying to protect him. Apparently, Avery doesn’t get the hint because she agrees to meet Joe Clark again in his hotel suite after he promises that “one last night together” will convince him to call off the deal and leave Dylan alone.

In other “The Young and the Restless” news the custody case over Faith Newman really heats up – and Sharon (Sharon Case) fills her lawyer in on Nick’s naked guest and how upset Faith was over Sage. After one last desperate attempt to get Nick (Josh Morrow) to forgive her flops, Sharon announces that she and her lawyer are calling Faith as a witness and letting her testify against her father.

“The Young and the Restless” spoilers and news for Monday January 26 also reveal that Adam Newman decides consummate his marriage to Sage – and plants a big kiss on her while they are out at a faux dinner because Billy (Burgess Jenkins) and Chelsea are watching. Despite Adam’s (Justin Hartley) grand gesture and announcement that Sage is his girlfriend, Billy still thinks “something is off” with Gabriel and that he may be stalking Chelsea.

So Y&R fans, do you think that Avery will actually sleep with Joe to get him off Dylan’s back? How will Dylan react? Who is going to win custody of Faith, Nick or Sharon? How will Sage explain to Nick that Gabriel is now her boyfriend? Let us know what you think in the comments below and don’t forget to check CDL tomorrow for more “The Young and the Restless” spoilers and news.