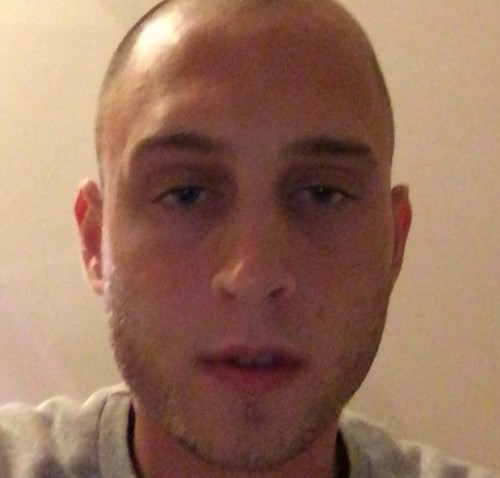 Chet Hanks, son of Hollywood power couple Tom Hanks and Rita Wilson, took to Instagram on Wednesday to explain where he has been. In August it was reported that Chet – who has used the last name Haze and now uses Hanx – was missing but an official missing persons report was never filed. Turns out the 25-year-old was in rehab for cocaine addiction.

Before Chet disappeared he had been clean for nine months. In his Instagram videos he appears to be clean and sober and offers apologies for his past behavior and explains what has been going on in his for the past few months. Things in life had spun out of control – and Hanks admits he took a long hard look at his life and realized drugs and alcohol were not the answer – and he’s grateful for God, family and friends for their help and support.

“You know, at the end of the day all that stupid s**t I was doing – that’s not who I am, that’s not who I want to be.” Chet Hanks – or Chet Haze – or Chet Hanx – also explained how it has been a long journey discovering who he is apart from his famous dad and just finding his own place in the world. While clothes and cars are cool the young man said, “What’s really cool is being a good man and walking with God – being a good person.”

While Chet was missing he posted cryptic messages and photos of himself with various people. When the photos and messages started appearing it was assumed Chet had busted his nine months of sobriety and was using again. In August It was reported that Tom Hanks and Rita Wilson had quietly hired a group of outside parties to “handle the situation” when their son seemed to have dropped off the planet. Looks like they found him – then shipped him off to rehab.

If the short clips are any indication Chet has his life back on track – or at least he’s trying. What do you think about Chet’s videos on Instagram? Is he sincere and will he stay sober? Come back to CDL for updates on Chet Hanks recovery as well as all your celebrity news, gossip and rumors.