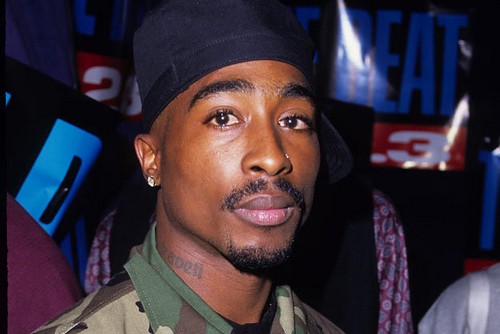 The casting of the upcoming Tupac biopic All Eyez On Me has reignited theories that the tragic death of the Compton rapper may have been faked after all. Sightings of the actor playing Shakur in the upcoming movie have some people convinced the dead rapper has returned from the grave.

The Morgan Creek Production announced the decision to cast Demetrius Shipp Jr. for the role of Tupac Shakur and the men look so identical that many are claiming the actor really is Tupac in disguise.

It’s no secret that conspiracy theorists have believed Tupac is still alive for years since he was pronounced dead nearly 20 years ago. The most-likely dead rapper left behind some pretty unbelievable details about his death and the feud with Notorious B.I.G. leading up to it.

On top of that, seven of Tupac Shakur’s eleven released albums came after his death in 1996. Tupac has made more money posthumously than when he was alive.

Now out of nowhere, a man who looks just like Tupac has been selected to play the iconic rapper in a movie about his life. According to the TMZ report, producer L.T. Hutton asked Demetrius Shipp Jr. to play the role of Tupac because they looked so much alike.

Shipp was not an actor when chosen for the role. He was just a guy who happens to look like Tupac so he reportedly did some acting class cramming in order to play the huge hip hop role.

Demetrius met Tupac as a kid and allegedly his father works in the music industry but that is as far as the two men are connected. Demetrius is a dead ringer for the hip hop legend. However, a famous looking face and a few acting classes don’t guarantee talent.

If Shipp gets on-screen and is able to look like Tupac and mimic his body language and voice, fans will be convinced their rap idol has returned. Some are completely convinced that Tupac Shakur is playing the role of himself in the Benny Boom directed biopic All Eyez On Me.

Would it be too far-fetched to think maybe Demetrius Shipp Jr. is just a cover and Tupac is making sure the story of his life is told the way he wants?