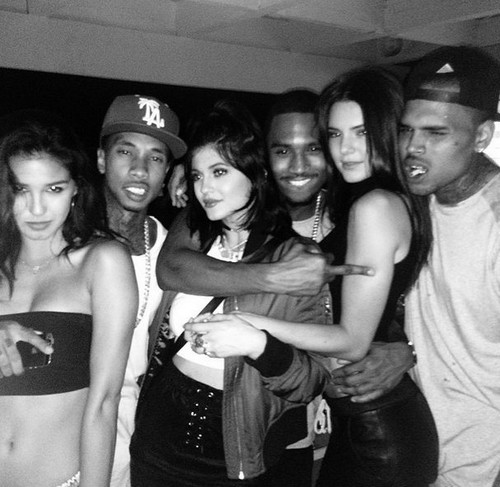 Surprise, surprise! Rapper Tyga has gotten his own reality show! Just like marrying Khloe Kardashian put Lamar Odom’s name on the map, Tyga was able to reach a wider audience by dating one of these reality TV famewhores, Kylie Jenner. At 17-years-old, it certainly caused a lot of controversy for the world to think that Kylie Jenner and Tyga were actually dating, but now we’ve been let into her true purpose for the rapper. Just like her bigger sister before her, Kylie let herself get used for the sake of publicity.

According to a new report from TMZ, the rapper has landed himself a new reality show on MTV. Despite all of his famewhoring for the attention enough to get the show, he actually won’t be featuring his love life on the show with either underage Kylie Jenner of Blac Chyna. Sorry Kylie, but it looks like you were merely a pawn in his game to become relevant enough to get a reality show.

Kylie was rumored to be dating the rapper and they caused even more controversy when she reportedly moved in with him. She followed him all over the world just like a lost little puppy and this is what she gets in return for her loyalty? He is doing his own show now and she won’t even be allowed anywhere near it.

I guess it’s just for the best now because they have already broken up thanks to a bribe from Kim Kardashian and Kanye West. I wonder if they promised her her very own sex tape deal when she’s of legal age? Ha, just kidding! (Or am I?)