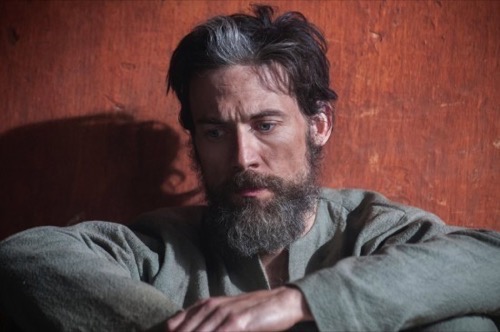 Tonight on FX their original series, TYRANT airs with an all new Tuesday June 16, season 2 premiere episode called, “Mark of Cain,” We’ve got your recap down below! On tonight’s episode, in the Season 2 premiere, Barry [Adam Rayner] sits in prison in the aftermath of the failed coup against Jamal. [Ashraf Barhom]

For those of you who don’t know, the show is about the son of a Middle East dictator reluctantly leaves the U.S. to return to his home country.

On tonight’s episode per say the FX synopsis “Barry awaits punishment for leading a failed coup, while Jamal agonizes over whether or not to execute him. Molly fights to secure Barry’s freedom before it’s too late. Ihab and Samira turn to desperate tactics.”

We will be blogging Tyrant’s second season with all the up-to-the-minute details at 10PM EST so make sure to come back to this spot and watch the show with us. Make sure to refresh often so you get the most current info! In the meantime, sound out in the comments below and let us know what you think of this series.

On the Season 2 premiere of last summer’s smash hit, we finally see some of Jamal’s reign.

Last season, Jamal was mostly kept in check by his brother but that appears to be all over now. Bassam, or Barry as he likes to be called, remains imprisoned. And the advisors that currently surround Jamal are only looking out for their own self-interest.

His wife Leila is feeling the pressure from the recent protest in the country. Social Media has played a big part in helping to vilifying Jamal and has also made Barry appear to be a martyr. So no matter what she tries to do – by working with college students or making herself come off as a benevolent queen – all the world is seeing is a Tyrant and his justifying Lad Macbeth of a wife.

So even she’s been advised to sway her husband and convince him to execute his brother.

General Tariq told her it was the only thing that can quell the protest because while Jamal continues to drag his feet on what to do with his brother – his soldiers are being targeted by “terrorist” attacks. And according to the General that is only making Jamal look weak and ineffectual as a ruler. So recently he’s been trying to undermine Jamal’s plans and get Leila to force her husband.

Although Tariq may be both of Jamal and Barry’s uncle, he is first and foremost a corrupt military man and he will always look to solve his problems by means of violence.

So even without Barry there still is a power struggle going on in the government. Jamal wants to bring his country into the twenty-first century and he doesn’t want to do so by portraying himself as yet another dictator. But what do you call a man who rapes his daughter-in-law on her and his son Ahmed’s wedding day. Then kills the girl’s father to threaten her into keeping her silence.

Since then Nusrat has been doing as she’s been told and she’s curreently expecting Jamal’s grandson but when the two of them are alone she tends to make her opinions of him very clear.

Nusrat is now only in her marriage because one day she knows her son will take over for Ahmed and Jamal. Though someone, who Jamal at first believed was Nusrat, has been whispering into his son’s ear. Ahmed still thinks he should open a mall but for some reason he no longer wishes to do so in Abbudin. It seems that someone had convinced him to look into relocating to London.

Jamal instantly shut that down and later appointed his son as a Minister in his government. But Ahmed isn’t happy. And the person that has influenced him turned out to be his uncle. Apparently, Ahmed doesn’t want to raise his future child in the same way his father and his uncle had been raised. So he wants to take his family to safety. And by that he means away from his father.

Thus Nusrat ended up having to speak to her husband and she told him that the best revenge would be stay. She said that one day it will be their turn and she thinks they can fix everything his father broke and create a new Abbudin. But will the country still stand when it is finally their turn?

Ihab Rashid and his band of rebellious soldiers have been the one behind the so called terrorist attacks. And though they’ve gained ground they’ve also lost it just as quickly. So with a non-stop rebellion in progress and his mother constantly in his ear about leniency – Jamal finally made a decision.

He granted Molly permission to see Barry in prison and he allowed her to be the one to inform her husband about his “trial”.

The whole trial thing was a joke. And they both knew it. What a trial in Abbudin actually means is that the date for Barry’s execution had finally been set. So what Molly really did was say goodbye to her husband and then she finally boarded a flight back to the states.

Earlier she had sent her children away but Molly had stayed these last few months hoping that Barry would eventually be released. And now that hopeless dream is gone.

Barry was later “executed” and within hours not days Jamal and his family were hosting the Chinese at the palace. Apparently it was in effort to make a trade deal involving oil. But at the time, Jamal didn’t even inform his mother about her younger son. So she only learned of it after it had been officially announced that he was dead. And she came close to ruining Jamal’s very important trade deal.

Though Jamal turned out to be crueler than anyone thought.

The man that had been publicly executed was not Barry. Instead it was another “traitor” of the state. And the real Barry was dumped in the middle of the desert without any resources.

Jamal said told his brother that he refused to have blood on his hands. So he left Barry out in the desert to die by some other means. As in possibly dehydration or starvation. And that way Jamal didn’t have to worry about having killed his own brother.

But don’t worry about Barry!