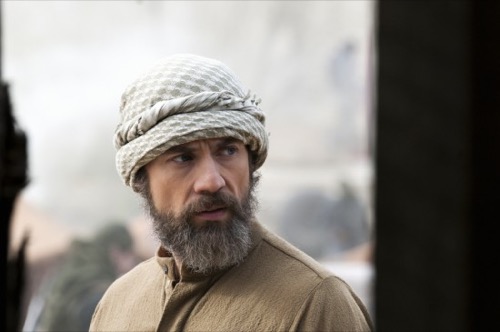 Tonight on FX their original series, TYRANT airs with an all new Tuesday July 14, season 2 episode 5 called, “A Viper in the Palace,” We’ve got your recap down below! On tonight’s episode, Molly [Jennifer Finnigan] and Sammy [Noah Silver] go to Abbudin to address the dispute over his inheritance; Jamal [Ashraf Barhom] and Tariq’s [Raad Rawi] feud over military strategy reaches the point of no return.

On the last episode, Barry adapted to his new identity and becomes involved in the life of the village. Amira introduced a highly decorated war hero to Jamal — a son he never knew he had. Ihab and Samira’s plans to flee the country were thwarted when they decide to renew their fight by joining violent extremists intent on invading Abuddin. Did you watch the last episode? If you missed last week’s episode we have a full and detailed recap, right here for you.

On tonight’s episode per the FX synopsis “Molly and Sammy go to Abbudin to address the dispute over his inheritance; Jamal and Tariq’s feud over military strategy reaches the point of no return; Barry is afraid his cover will be blown and that those who helped him could be in danger when the Army of the Caliphate arrives.”

The army of the caliphate is calling what’s it’s doing “Liberation” but their first act was to kill innocent people.

Ihab has fallen in with the extremist. They have promised to provide him with an army strong enough to displace Jamal’s regime and so at first they seemed like the perfect solution to Abuddin’s dictator. However this army is to be comprised of every able man from the ages 15 to 50 and enlistment is more mandatory than voluntary.

Meaning in order to take down a monster then Ihab has to become one himself. And that’s something in which he didn’t appear to be all that faze about.

The Ihab that once endorsed peaceful demonstrations is now the man that’s moving from village to village conscripting men and turning a blind eye to the soldiers already under his care. In the name of Allah, his soldiers claim they have god on their side as they rape their wives. And then they force these same women into participating in some of their crimes.

So Ihab is no longer the idealistic man he used to be. And when he set his sights on Tal Jiza, he came across the people that have become very important to Barry.

The family that took him in has two sons eligible for conscription. Thus their father Ahmos Al-Yazbek asked Barry to look after his sons seeing as he’ll no longer be able to do so himself. The poor man is over the age of requirement but Barry is younger than him.

But Barry couldn’t help. If the caliphate saw him then they would kill him and everyone that he’s involved with. Including the Al-Yazbek family. So Barry chose instead to run.

He abandoned the family that had helped him and stole a vehicle off of one of the caliphate. Though, as he was making a run for it, he found out he had a passenger. A young woman wanted to escape her husband who happened to be part of the caliphate. And she was willing to put a gun to Barry’s head just to get away.