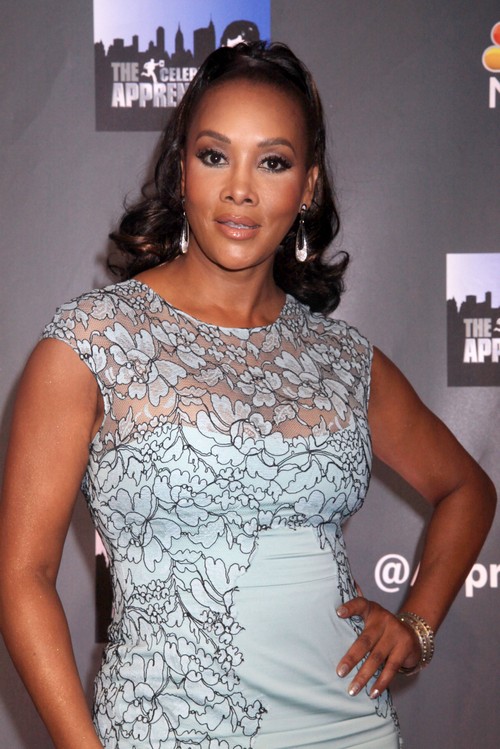 Phylicia Rashad felt the sting of backlash to her anti-woman Bill Cosby defense and is now backtracking and trying to re-write her defense to seem less despicable. And a new Bill Cosby defender has popped up in the form of Vivica A Fox. Let’s take a look at these two events and see just what sort of nonsense these two Cosby apologizers are spouting off now…

On Cosby’s accusers, Phylicia said “Forget these women” and when Beverly Johnson and Janice Dickinson’s names were mentioned among the accusers, she added “Oh please.” Then the backlash hit and Rashad tried to back off but only made things worse on her and Cosby. On World News Tonight, Phylicia claims she was misquoted and never said “forget these women.” She claims instead that she said “This is not about the women. This is about something else. This is about the obliteration of a legacy.”

Whoa there Phylicia, so what you’re saying is that Cosby’s (alleged) molestation of dozens of women is not about the women, it’s about his legacy? She went on to say “What has happened is declaration in the media of guilt without proof.” Really, Phylicia? What proof can there be after this time and, at the time, Cosby was in a position far more powerful than the women he (allegedly) attacked which allowed him to suppress their voice(s) and avoid accountability.

Chappaquiddick, anyone? “I did not have sexual relations with that woman,” anyone? Gee, is it possible (nay, probable) that a wealthy powerful man can avoid being called on the carpet for preying on/devaluing/assaulting women? No, of course not Phylicia, that’s never happened in the history of the world. It’s all a plot to take down the face of Jello pudding… She specifically uses the term “conspiracy” to describe this. Can you think of any other woman trying to cover up for another man’s shady sexual habits and blaming it on a conspiracy?

Let’s see, one springs to mind. Anyone recall Hillary Clinton’s “vast right-wing conspiracy” claims about bawdy Bill Clinton’s Lewinsky scandal. I won’t call Monica Lewinsky innocent, but Bill did what he did and no Republican made him leave DNA on her blue dress or molest her with a Cuban cigar. So let’s file Phylicia away with Hillary under the heading of: ridiculous defenses to obvious offenses by men in their lives. Utterly despicable, Phylicia. Your qualification of your earlier remarks only cast you in a poorer light.

And now on to Vivica A Fox’s defense of Cosby. She said on the Meredith Viera Show, “The man I met was nothing like the man they are describing. He was nice, kind. There were no sexual overtones or anything so I defend him and I stand by him as well, too.” Wow. So, Vivica, he didn’t drug and rape you (that you remember) so he’s not a sexual molester. Let’s dig into this a little. Adolf Hitler never tried to kill Eva Braun so he was a real prince, right?

Jerry Sandusky’s son Matt defended his adoptive father up until he admitted that Jerry molested him too. Sandusky was a guy that had a great reputation and legacy, too, until he didn’t because the truth came out. So, Vivica and Phylicia, do you really want to be on the wrong side of a Sandusky-esque situation? Are you that confident that Bill Cosby did no wrong just because he didn’t wrong you or drug/rape any women right in front of you?

If you’re going to stick to this mindset Vivica and Phylicia, why not go ahead and become holocaust deniers, advocates of 9/11 being an inside job, evolution deniers and Bigfoot chasers? All of these are just as ridiculous and implausible scenarios, so why not go ahead and embrace full-on insanity if you’re going to keep defending Bill Cosby against increasingly plausible (if alleged) claims of sexual aggression/molestation/outright rape by growing numbers of women?