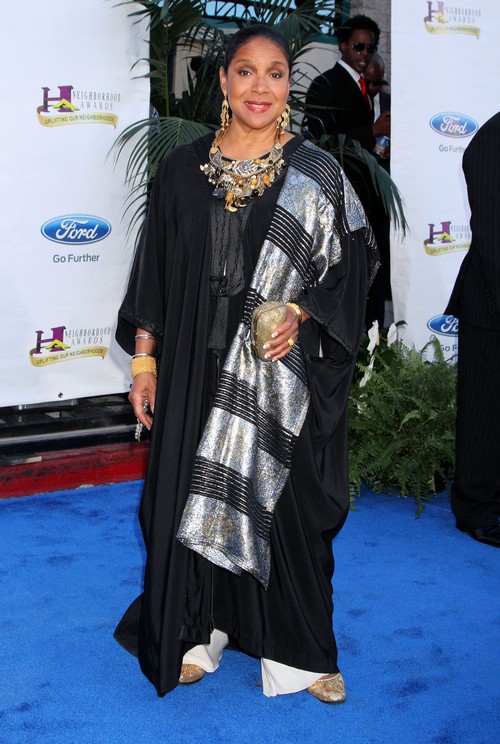 Phylicia Rashad has come out swinging in defense against Bill Cosby and it is absolutely disgusting. Here is what she said about the Cosby rape allegations: “I love him. Forget these women. What you’re seeing is the destruction of a legacy. And I think it’s orchestrated. I don’t know why or who’s doing it, but it’s the legacy. And it’s a legacy that’s so important to the culture.” She also said that she had never seen him drug, rape or sexually harass a woman.

Okay, Phylicia, you asked for it. Here goes…

#2 Oh, you never saw him rape or drug a woman, so it could not have happened Phylicia? Because rape is an act usually carried out in public, right? No woman is ever date raped or drugged unless it happens in public and a third party sees it – is that what you’re saying? Disgusting…

#3 Forget these women, you say, Phylicia? So, in essence, you’re saying black rights are more important than women’s rights? And, a number of the women he (allegedly) attacked are black, so forget them too?

#4 It’s the destruction of a legacy, Phylicia? No, it’s the revelation of his real legacy. If Cosby did what he’s being accused of by many, many, many women, his legacy is that he’s a sexual predator and that’s all. That will be what he’s remembered for and rightly so.

#5 His legacy is important to black culture, Phylicia? Over the past decade, Cosby has repeatedly lambasted black culture in America. He has insulted black people again and again, telling them to pull up their pants, act “right” and basically accused blacks again and again of being “less than” and responsible for their circumstances. If Bill Cosby was an old white guy, he would have been crucified for the negative remarks he’s made about black culture.

#5 Phylicia, there is no conspiracy. Actually, let me correct myself, there is a conspiracy in this matter and it’s a conspiracy to silence his (alleged) victims. Cosby has used lawyers and publicists to shield himself, to threaten these women when they tried to voice complaints and to pay them off when he couldn’t threaten them into silence. Cosby has perfected a pogrom against the women he’s (allegedly) abused and Phylicia is just lucky she’s not one of them.

#6 Cosby has mocked urban speech, urban fashion, said black women should be ashamed of having children by different fathers, naming children distinctly and for daring to call themselves “African” at all. Phylicia, does this sound like a man that respects black culture? It sounds like a man who thinks that urban culture in America is a bad thing, is all wrong and needs a major realignment. Whether you think he has valid points or not, it’s clear he doesn’t not respect the vast majority of blacks in America.

#7 And, Phylicia, Cosby called on the black media to remain “neutral” on this topic and accused white media of coming after him. The National Association of Black Journalists took issue with this and said basically that they have to tell both sides of the story and won’t go easy on him because he’s a black man. Remind me again how he’s important to black culture…

#8 Finally Phylicia, if Bill Cosby was a white man, he would have long been held feet to the fire for his hate speech against blacks and his (alleged) predatory behavior towards women. He must be held accountable now.

So, Phylicia, your defense of Bill Cosby is indefensible. Perhaps her motive is her own wallet since The Cosby Show being taken off TV has dried up her residuals. Perhaps she’s just unquestioningly devoted to the idea of Bill Cosby and is incapable of taking off the blinders and seeing who he really is. Cosby obviously:

In defending Bill Cosby, Phylicia Rashad is clearly saying that women don’t matter – she even said “forget these women.” Phylicia, what if your daughter Condola Rashad told you that Bill Cosby drugged and assaulted her? Would you tell her to forget it and to be mindful of his legacy? Or would you want him held accountable for his actions? Every woman that Cosby (allegedly) attacked was someone’s daughter and deserves a voice. Forget you Phylicia Rashad, forget you…

Update: Now Phylicia says she was misquoted, ya right. Her interviewer, Roger Friedman of Showbiz 411 says he did not misquote Rashad, adding, “she didn’t mean for it to be taken the way it was, I should have punctuated.” This is crap – Phylicia had the gall to play the race card in defense of Bill Cosby in the face of over 20 woman who don’t know each other, are not affiliated, and claim in great detail and very believably that they were sexually abused by Bill. Phylicia is only backtracking now because she was caught and is getting killed in the media, as she should be.