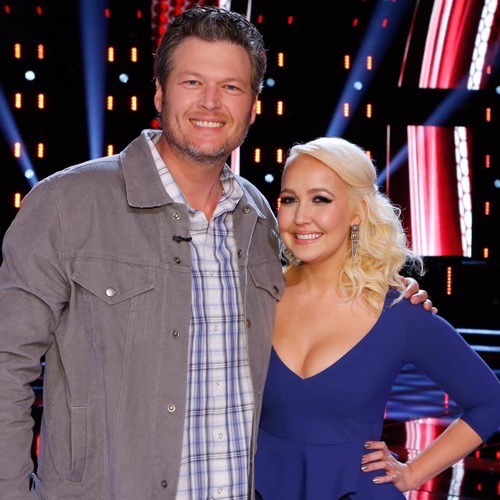 Meghan Linsey of Team Blake Shelton sang sang, “I’m Not the Only One” by Sam Smith this week for one of her song choice.  On tonight’s show the top five artists performed live in front of coaches Adam Levine, Blake Shelton, Christina Aguilera and Pharrell Williams for America’s votes. Each of the Top 5 will have to give the performance of a lifetime to make it to The Voice finale.

On tonight’s episode Meghan sang “I’m Not the Only One” by Sam Smith and the judges had this to say about her performance: Pharrell says it was a great performance and says two things strike him. He says he knows she’s been trying to tell people what’s inside her and says what she did will inspire other aspiring artists. He says she reminds people there are other sounds and characters of music that live in Nashville. Adam says she’s been growing consistently and says you can’t teach people how to connect to a song like she does. He says she always sings like it’s her last and says she’s very committed to the moment and it was a great job. Blake says he gets so excited when she’s about to perform because it’s always great when she gets up there. He says his favorite thing is that it’s like she came from a different time and is so vintage in what she brings to current music. He says he’s so glad he got to be her coach. Voting numbers: 855-VOICE-03 or text 3 to 8642