BY Annemarie LeBlanc on May 11, 2015 | Comments: 2 comments
Related : Reality TV, Television, The Voice, The Voice Videos 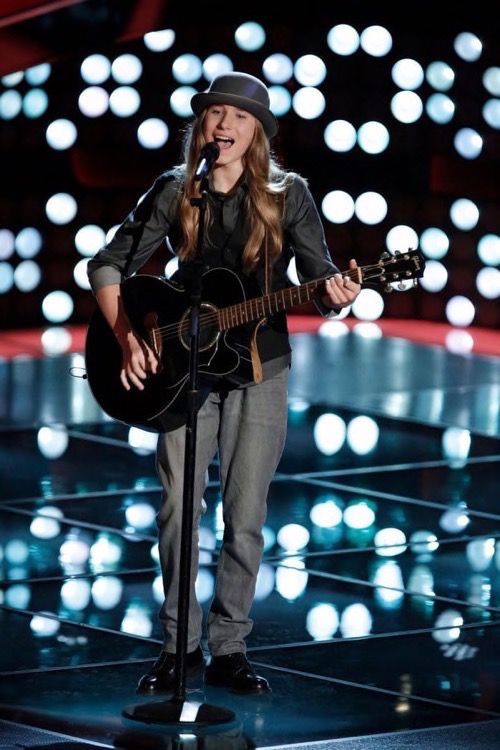 Sawyer Fredericks of Team Pharrell Williams sang, “For What It’s Worth” by Buffalo Springfield  this week for one of his song choice.  On tonight’s show the top five artists performed live in front of coaches Adam Levine, Blake Shelton, Christina Aguilera and Pharrell Williams for America’s votes. Each of the Top 5 will have to give the performance of a lifetime to make it to The Voice finale.

On tonight’s episode Sawyer sang “For What It’s Worth” by Buffalo Springfield and this is what the judges said about his performance: Adam says every time he runs out things to say about him he finds more. He says that’s a song that’s rooted in heavy things from back in the day and says they all know it and he did it justice. Adam says he’s a fan. Blake says it’s getting boring and Adam says he bores him and he’s a boring guy, blah, blah. Blake can’t talk because Adam won’t shut up and just says – great job. Pharrell says he has to gauge his performance on how he makes people feel then asks how the crowd liked it. They cheer wildly and Pharrell says it’s his time. Voting numbers: 855-VOICE-05 or text 5 to 8642