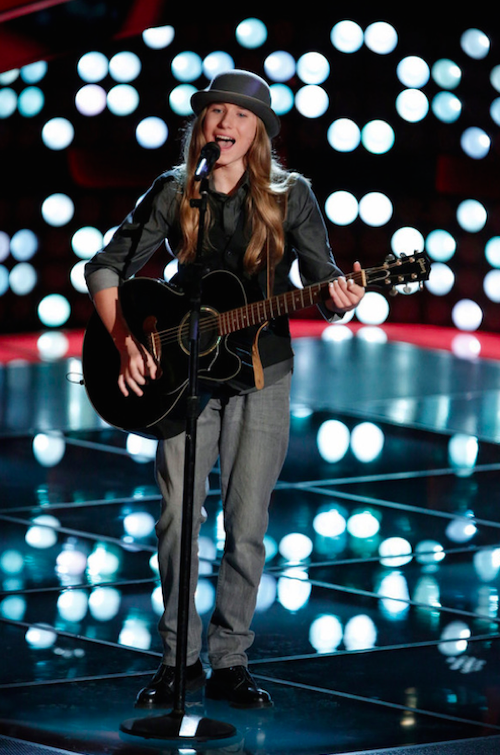 Sawyer Fredericks of Team Pharrell Williams sang, “Old Man”  by Neil Young this week for for his song choice.  On tonight’s show the top four artists performed live in front of coaches Adam Levine, Blake Shelton, Christina Aguilera and Pharrell Williams for America’s votes. Each of the Top 4 will have to give the performance of a lifetime to win the title of “The Voice.”

On tonight’s episode Sawyer sang “Old Man” by Neil Young and this is what the judges said about his rendition:  Adam says Sawyer is a good kid and says the purity of who he is and what he does should never be lost sight of. He says he’s the real deal. Christina says when she turned for him he shocked her when he picked Pharrell. She says Pharrell made great choices for him and calls Sawyer a gem she adores. Coach Pharrell says tomorrow everything will change thanks Sawyer for letting him live his dream with him. Voting numbers: 855-VOICE-04 or text 4 to 8642