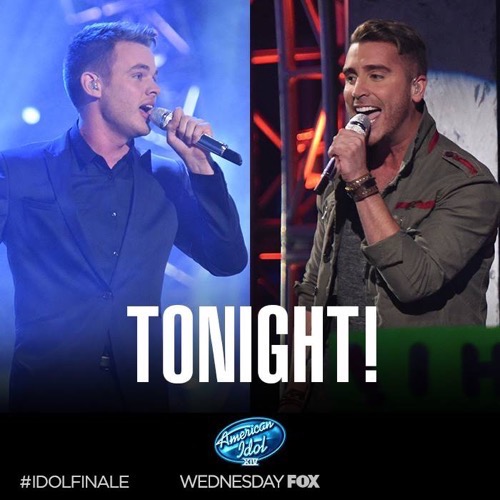 This is it!  After weeks and weeks of fierce competition tonight the new 14th season winner of American Idol 2015 will be crowned.  It will either be Nick Fradiani or Clark Beckham.  Who is going to win?  Well it’s still anyone’s guess.

On last night’s show the three finalists took the stage to battle it out on the last performance show of the season at the. They also got to visit their home towns. By the end of the evening Jax was sent home.  Not the Nick and Clark put in strong performances going into the finale. Did you watch last night’s final performance episode?  We did and we recapped it here for you!

On tonight’s show the most anticipated night of the television season is here!  The top finalists unite on stage on last time before Ryan Seacrest announces the newest American Idol.

Tonight’s show is going to be an exciting one, which I’m not going to miss and neither should you. Tune in tonight at 8 PM EST! Celeb Dirty Laundry is your go to place for all the up-to-date American Idol News and we’ll be recapping the performances right here for you. Who do you think is going to win? Hit up the comments and let us know who you really like!