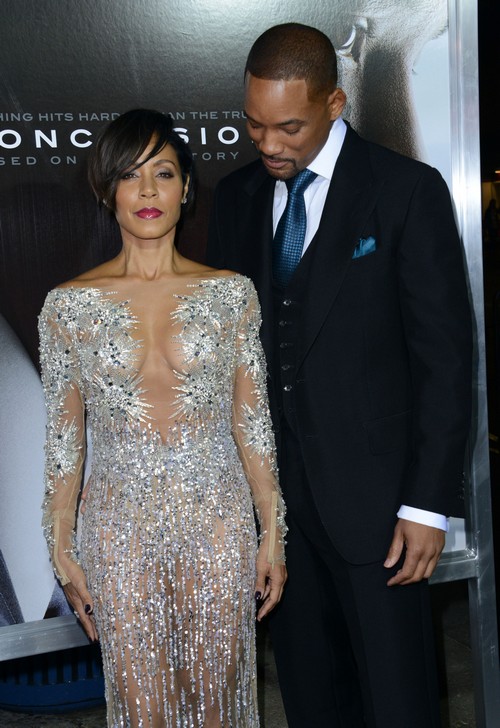 After years of marriage trouble rumors, Will Smith finally admitted that his marriage to Jada Pinkett Smith has been “difficult at times” and that he didn’t divorce Jada because they’re not quitters. That doesn’t sound very loving at all but hey, Will and Jada have been married for 20 years now so something must be working, right?

There have been a lot of stories told about Will and Jada’s marriage over the years. The couple certainly don’t parent their kids in a traditional way so why expect them to love traditionally either? Anyway, Will Smith gave an interview to Entertainment Tonight recently and when he talked about his longtime marriage to Jada Pinkett Smith, it sounded like the worst thing ever.

“We’ve been married 20 years and we’ve been asking ourselves [what’s the secret to marriage] and really at the end of the day it’s just not quitting,”Smith told Entertainment Tonight. Then the “Concussion” actor went on to say, “You can’t expect it to be easy, it’s like our marriage was the most difficult, grueling, excruciating thing that we have ever taken on in our lives. And you know we’re just not quitters.” That sounds like a miserable man speaking.

Smith also admitted in the interview that he and Jada Pinkett Smith never worked on their relationship together. They only worked on bettering themselves individually. It seems that Smith is hinting that maybe he and Jada have grown apart.

Will Smith and his wife have endured years of rumors about a pending divorce. Apparently this is Will’s way of letting everyone know that it doesn’t really matter if everything is going great or not, Will and Jada will not be getting a divorce. Not even if his marriage has been gruelling and difficult like the “Suicide Squad” actor confessed.

Considering Smith’s own words about just never quitting, it kind of makes those rumors about an open marriage sound a bit more plausible. It doesn’t sound like the Hollywood couple would really care if the other was seeing someone else. It really seems like Will and Jada’s marriage runs more like a business arrangement than a loving couple.

Will Smith, Jada Pinkett Smith at special screening of ‘Concussion’ at the Regency Village Theatre in Westwood, California on November 23, 2015. FameFlynet