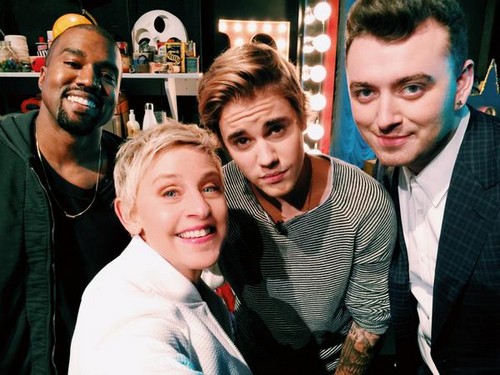 Justin Bieber has been on a mission lately to repair his tarnished reputation in an effort to win back Selena Gomez from DJ/Produce Zedd before the Grammys, but Zedd knows exactly what Justin’s doing and he’s made it clear that he is not going anywhere.

Justin Bieber has suddenly become humble, nice, generous, and downright repentant lately. He’s even stopped hanging around friends who were bad influences in his life. Actually, he is doing all the things that Selena Gomez has asked him to do for the years they’ve been on-and-off as a couple. But if Justin couldn’t change his attitude and friends when he was with Selena Gomez, why now? Justin is beginning to win the sympathy of Jelena AND Zeddlena fans as everyone’s hearts are melting after seeing how Justin is trying to be a better person. Is Justin so in love with Selena that he cannot live without her, and only realized it after their umpteenth breakup? No, he’s known all of this for some time. Justin is hoping to “win” Selena back from Zedd—mainly for the sake of winning, and he’s pulling out all the stops. One person is growing tired of Justin’s very public mea culpa…Selena’s new man, Zedd. Zedd knows exactly the game Justin is playing and he is hoping that Selena doesn’t fall for it.

While Zedd is purposely trying to refrain from coming on too strong with Selena, he made a point to call Justin Bieber out for his pathetic attempt to make good to win back her heart. Zedd wanted to make sure Selena saw what he saw, and that she didn’t fall for it. Zedd, however, doesn’t want to appear jealous, so he is trying to play things cool and be supportive, but he can’t just sit back and watch Justin’s public repentance without saying anything.

Now, Zedd has sent a message through mutual friends of Justin that he is not going anywhere! Zedd wants Justin to know that he cares for Selena a lot and isn’t backing off so Justin can have another chance. Zedd wants a chance to see where his relationship with Selena can go. Selena Gomez and Zedd are said to be attending the Grammys together on February 8. Justin is trying to win Selena back before the Grammys so that they can make an appearance together, but sources say that won’t happen if Zedd has anything to say about it.