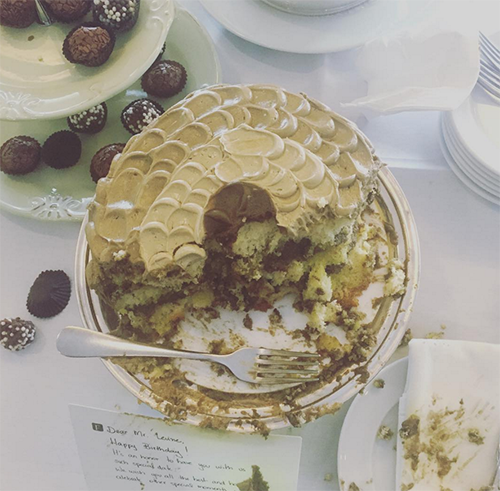 Did Behati Prinsloo and Adam Levine break up? The Voice coach Adam Levine and his pregnant wife Behanti Prinsloo’s marriage might not be out of the dark just yet – the couple still stands in the divorce danger zone. Earlier this month, The Voice’s Adam Levine and Behati confirmed that they were indeed pregnant with baby number one.

But, it’s a little strange that the couple hasn’t been spotted out in public together since the announcement.

According to the latest cover of Star Magazine, Adam and Behati’s marriage was in serious trouble before the model got pregnant with their first baby. Apparently, Behati desperately wanted to start having children – but Adam Levine wasn’t interested, and didn’t want a family to get in the way of The Voice and his musical career.

His wife was furious and threatened to leave him and file for a divorce if she didn’t get the babies that Adam had promised her pre-marriage. So, The Voice coach had no choice but to go along with baby number one.

Now that Behati is pregnant, she and Adam’s marriage doesn’t seem to be doing much better and it looks like a divorce is still a very real possibility. Adam was photographed over the weekend flying from Sao Paulo to Rio in Brazil with his bandmates, and his pregnant wife was nowhere in sight and didn’t tag along for the trip.

Even more concerning, The Voice star’s birthday was on March 18 – and he didn’t spend it wish his wife. He spent it alone.

Levine posted a photo of a half-eaten cake on Instagram after his birthday and captioned it, “For my birthday yesterday I sat in bed all day with the shades drawn eating this cake completely alone. It might have been the best birthday I’ve ever had. I took time to reflect on so much and had a moment to genuinely appreciate the life that I have and the incredible people I have in it. I highly recommend taking at least one birthday in your life and keeping it to yourself. It f-ckin RULED. And that cake was GOOD.”

Interestingly, Adam didn’t mention his wife Behati, or baby on the way. What do you think, Voice fans? Is Adam Levine about to be the next coach on the show to undergo a messy divorce? Let us know what you think in the comments below!