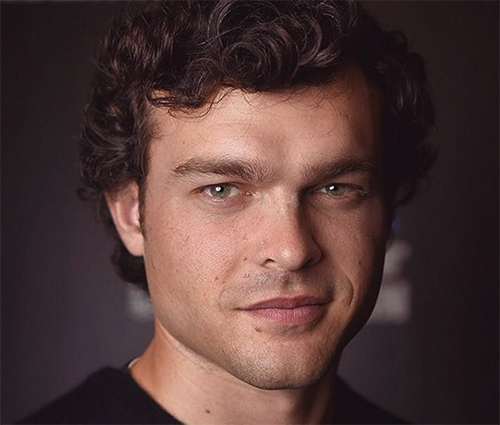 It has been revealed that Alden Ehrenreich will play the young Han Solo in the upcoming Star Wars spinoff movie. Alden Ehrenreich, the 26-year-old actor, was introduced to the world as the new Han Solo at London Star Wars celebration, according to live blog by StarWars.com.

Ehrenreich of “Hail, Caesar!” fame admits that the audition was a lengthy process that lasted for a period of six months. However, the cool thing was that he got to share the iconic Millennium Falcon starship with Chewbacca in its cockpit. He added, “I’ve never screen-tested with a Wookiee. It was amazing.”

According to Phil Lord, director of the “Han Solo” movie, they auditioned thousands of people for the role. He also confessed that they left no stone unturned when it came to finding someone who had the required charisma and swagger. However, Christopher Miller, another director, said that it was an effort in vain because they gave the part to the first person who walked through their door for the role.

The filming for solo “Han Solo” film is all set to begin in England next year, tentatively in January or February, as reported by USA Today. Alden will take the mantle from iconic Harrison Ford, who played the character until 2015, “Star Wars: The Force Awakens.” The young actor beat competition from big Hollywood names such as Jack Reynor, Dave Franco, Ansel ELgort, Scott Eastwood, Miles Teller, and Taron Egerton.

Even though the movie made its big reveal, the fans are still waiting to hear more about the plotline. Rumor has it that the spinoff will be based on origin story of Han Solo and Chewbacca. The film is loosely titled as “Han Solo: A Star Wars Story,” and is tentatively scheduled for May 25, 2018 release, reports Daily Mail.

The search for the new Han Solo began as Disney and Lucasfilm combed through 2,500 actors who were either auditioned by the casting team or they put themselves on tape. This was the largest casting call ever made. The Hollywood Reporter noted that Disney looked far and beyond to get the right actor who will play a younger version of Han Solo, a character made famous by Harrison Ford.

Alden Ehrenreich was made to go through multiple screen tests in Han Solo’s Millennium Falcon along with Chewbacca in his cockpit.