Amber Rose Joining Season 23 of Dancing With The Stars 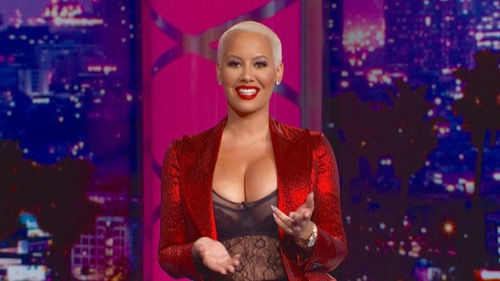 Dancing With The Stars (DWTS) 23rd Season has given us some surprising news. We have learned that Amber Rose will be joining the upcoming season. Contrary to multiple sources, ABC tells us they do not comment on casting decisions. They reaffirm that the full official cast will be revealed on Good Morning America on August 30.

Plenty of sources have revealed that multi-talented Amber Rose wants to add “dancing” to her long list of accomplishments. Sources say the talk show host/host/model/actress/author/activist is the latest star to sign on to the reality dance competition in the hopes of winning Dancing with the Stars’ coveted Mirrorball Trophy. Other celebrities currently in talks for Season 23 of DWTS include Bachelorette JoJo Fletcher and former Wizards of Waverly Place and The Fosters star, Jake T. Austin.

For those of you who are not familiar with Amber Rose, she is a 32-year-old American model, actress and fashion designer. Although at the age of 15, Amber Rose began stripping under the name “Paris” to provide for her family, after her parents divorced, she rose to fame fairly quickly.

She appeared in Ludacris’ “What Them Girls Like” video in 2008, which caught the eye of Kanye West. Amber Rose gained more exposure when she posed for a Louis Vuitton ad featuring Kanye West’s sneaker line. She also made cameos in music videos for Nicki Minaj, and now ex-husband, Wiz Khalifa.

On October 3, 2015 Amber Rose led the LA-based SlutWalk to honor all women who have been judged and demeaned for promiscuous sexual behavior. As part of the event, she spoke publicly about the instances of shaming she had personally experienced. Being such a public celebrity, and often in the media, gave this event the publicity it needed.

Dancing with the Stars is all about competition, and Amber Rose is no stranger to being judged or being a judge. In 2010, she was a guest judge on Season 3 of RuPaul’s Drag Race. She also was a judge on Season 2 of Master of the Mix. What do you think of Amber Rose joining the new season of Dancing with the Stars? Which other celebrities would you like to see join the dance competition series?