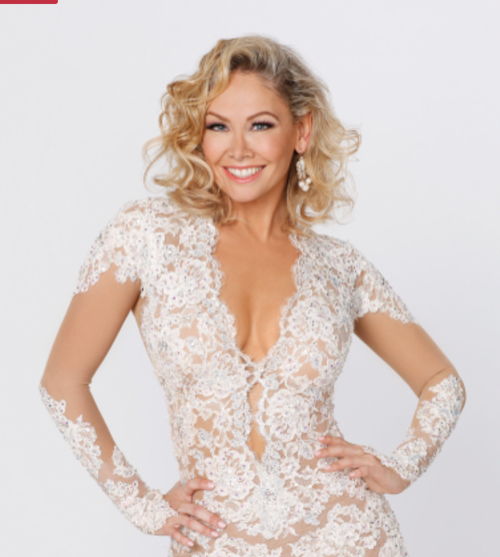 Dancing with the Stars (DWTS)  Kym Johnson announced on Monday at the Television Academy’s Performers Peer Group Celebration in Los Angeles, that she will not be returning to the hit ABC dance competition series. “I love the show and I love to still be a part of it but, you know, I still want to hang up my dance shoes, and what a way to end!”

The fan favorite, who is also a judge on the Australian version of Dancing with the Stars, said she still might appear on the DWTS: All Access online show. Kym Johnson first appeared on DWTS in 2006, and has won the Mirrorball Trophy twice, in Season 9 when she was paired with Donny Osmond, and in Season 12 with NFL player, Hines Ward. Johnson sat out Season 10 and took a four-year break after Season 16.

Upon her return, in Season 20, she was paired with Robert Herjavec. They may have ended up finishing in sixth place, but it is clear that sparks flew between the two of them. Herjavec often jokes that he is going to return to Dancing with the Stars, and be paired with someone different so that he can actually win the Mirrorball Trophy, this time, insisting that she “distracted” him. “I blame you, Kym. Yeah, if you weren’t there I would have won.”

DWTS’ Kym Johnson and Shark Tank’s Robert Heravec got married last month, and you can clearly see they are sporting that newlywed glow; and Johnson is still trying to get used to her new title as “Mrs”. They enjoyed a honeymoon in Bora Bora, where they thoroughly enjoyed their time away after having an incredible time with family and friends in town for their wedding.

Good Morning America will announce the official cast on Tuesday, August 30 and Dancing with the Stars Season 23 premieres on ABC on Monday, September 12 at 8 p.m. ET.