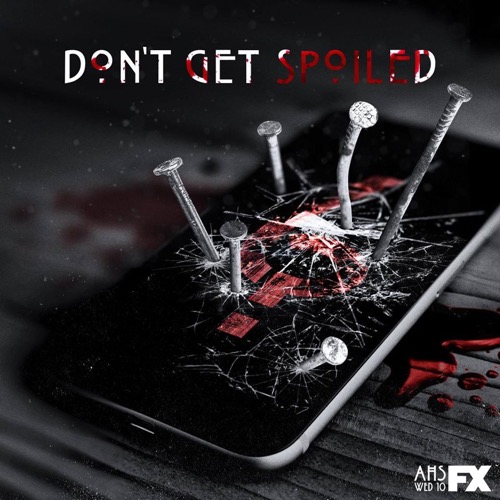 Did you watch last season’s season 5 finale where Iris and Liz oversaw a new era at the Cortez. John and Alex (Chloe Sevigny) also tried to adjust to life outside the hotel.  If you missed the episode we have a full and detailed American Horror Story recap, right here for your enjoyment!

Tonight’s episode of American Horror Story kicks off with a man and his wife – they’re pregnant with their first child. His wife loses the baby and has a miscarriage due to stress. They decide that the city life is not for them and they move back east – the couple finds a rundown old farmhouse in North Carolina that was built in 1792. They are shocked that they are able to buy the home for just $40,000 – which seemed almost too good to be true.

The happy couple is thrilled with their new home, however, when retelling the story – the wife confesses that from the moment she set foot on the property, she “felt danger.”

They got to work quickly on remodeling the home and making it their own. They were on a tight budget and had spent most of their savings on the house. It’s not long before strange things begin happening. One night while they are in bed, there is a strange howling noise outside. Matt’s wife begs him to stay in bed, but he goes outside to investigate. Someone is outside, and throwing trash cans at him. Matt thinks that it is local hillbillies that are harassing them because he and Shelby are in an interracial relationship. A few days later, Shelby is home alone when she hears what sounds like a

A few days later, Shelby is home alone when she hears what sounds like a hail storm outside. She heads outside to investigate, but it’s not hail – she sees human teeth raining from the sky. Matt returns home and she is shaken up, she cries to Matt about the human teeth, but he reassures her that it was just hail.
Matt is a traveling salesman, he prepares for his first trip out of town since moving to the new house. He’s nervous about leaving Shelby home alone, but she assures him that she will be just fine. Shelby was actually looking forward to some alone time.

That night Shelby is preparing dinner for herself and a storm rolls in. Its getting late and she heads upstairs, she sees two women in the hallway of their house, they disappear as quickly as they appear. Shelby turns on all of the lights to investigate, but she is the only one in the house. She grabs a glass of wine and heads outside for a dip in the hot-tub by herself. An arm comes out of the shadows and pushes Shelby’s head underwater and she struggles to breathe.

Matt gets a call from the police and rushes home. He learns that Shelby called the police and reported that she was assaulted by men in pitchforks in costume. The cop doesn’t seem to concerned about it, he says it was probably just the Polk Family, and advises Matt to get a gun to protect themselves. The cop isn’t taking the complaint too seriously, he says they found no evidence of Shelby’s story.

After the cop leaves, Matt heads inside to talk to Shelby. She swears that she isn’t lying and men attacked her and held her underwater. They head to bed, but Matt is up all night, obviously rattled by what happened. He hears noises outside and runs outside to investigate again, he finds a skinned pig lying on the porch. Matt decides not to tell Shelby what happened and buries the animal in the woods. He has to head back to work the next day, so he set up security cameras on the property to keep an eye on things, and has his sister Lee come stay with Shelby while he is away.

Lee and Shelby don’t exactly get along. Lee thinks that Shelby’s yoga instructor job is phony. Lee used to be a cop, however, she had an “incident” at work. She became addicted to painkillers and began acting erratically at work, she was fired, and then her husband divorced her and took their daughter. After Matt leaves for work, it’s not long before strange things begin happening again. Shelby is cooking dinner in the kitchen, she turns her back and someone takes her knife off the counter and stabs it

After Matt leaves for work, it’s not long before strange things begin happening again. Shelby is cooking dinner in the kitchen, she turns her back and someone takes her knife off the counter and stabs it in to the meat that she is cooking. Shelby is certain that Lee does it to “mess with her.”

Meanwhile, Matt checks the security cameras from out of town and notices men with torches walking around their house. Matt tries to call Lee and Shelby to warn them, but they are too busy arguing with each other to hear their phones.

Lee and Shelby hear someone in the basement and they head downstairs to investigate. They can hear a man calling for help and they sneak through the dark basement to investigate – they find a TV playing in the basement. It’s someone’s homemade movie. Shelby realizes that whoever is filming the video, filmed it outside of their house.

Suddenly the power goes out, Lee and Shelby can hear dozens of footsteps upstairs, they hide out in the basement and wait and listen for the people to leave. They head upstairs and find hundreds of strings tied throughout the entire house, creating webs and knots, with voodoo dolls hanging from them.

Matt rushes home, he is shocked to see the voodoo dolls. Shelby and Lee explain that men came and locked them in the basement and made them watch the freaky video while they hung the dolls all over. Matt heads downstairs with them and watches the video – he sees a freaky monster that looks half pig and half man. Shelby cries that she wants to move ASAP. Matt refuses, he says the redneck Polk Family is just trying to scare them off so they can have the house.

Shelby runs upstairs and out the front door. She jumps in her car and begins racing down the road. Matt calls her on her cell and she looks down, then crashes in to an old woman that is standing in the middle of the road. Shelby jumps out of the car to see if the woman is okay – she gets up off the ground and wanders in to the woods. Shelby races after her, but she loses the woman and gets lost in the dark woods. Shelby wanders around calling for help – she stumbles across more of the voodoo dolls hanging from the trees. She makes a run for it and runs straight in to the men with torches. She’s surrounded by them, and a man with a bloody head screaming for help…