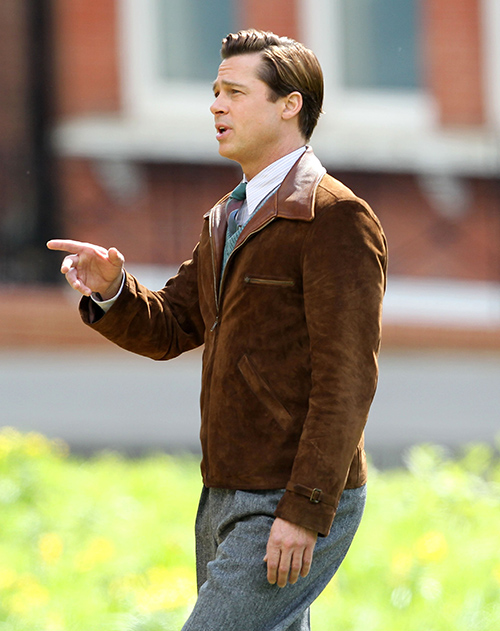 Is Brad Pitt the father of Melissa Etheridge’s kids? As if Angelina Jolie and Brad Pitt didn’t have enough to fight about, Angelina’s jealousy issues have hit an all new high. Apparently, Angie is concerned that her husband Brad Pitt might be the father of Melissa Etheridge’s kids Bailey and Beckett. It’s no secret Melissa used a sperm donor to have her two children – and Angelina is suspicious that her husband may have donated his golden eggs.

For those of you who don’t remember, Melissa Etheridge was very open about her quest to have children of her own in the 90s. Back then, it was a huge deal for a woman to bring children into the world via a sperm donor, especially an openly lesbian woman like Etheridge. Now, it happens so often, the media doesn’t usually bat an eye.

Melissa shared in an interview back in the day that she had considered asking her BFF Brad Pitt to donate his sperm, but in the end she wound up going with donor David Crosby. But, Angelina hasn’t been able to shake the feeling that Melissa lied – and the kids are actually Brad’s. Especially now that Beckett and Bailey are teens, and could easily pass as little Pitts.

An inside source dished to the National Enquirer, “Angie wants closure on the issue, so she’s demanding Brad undergo a paternity test. But Brad says Angie is being paranoid.” Of course, the fact that Brad isn’t willing to undergo the simple test is only making Jolie more suspicious.

Is this really about trust issues, or is Angelina Jolie just trying to collect more children? National Enquirer’s insider claims that Angelina believes Melissa is trying to keep the kids from Brad, and that is why she is claiming that Crosby is the father. If this story is true, it certainly is bizarre!

What do you guys think? Is Brad Pitt the biological father of Melissa Etheridge’s kids Bailey and Beckett? Share your thoughts in the comments below!