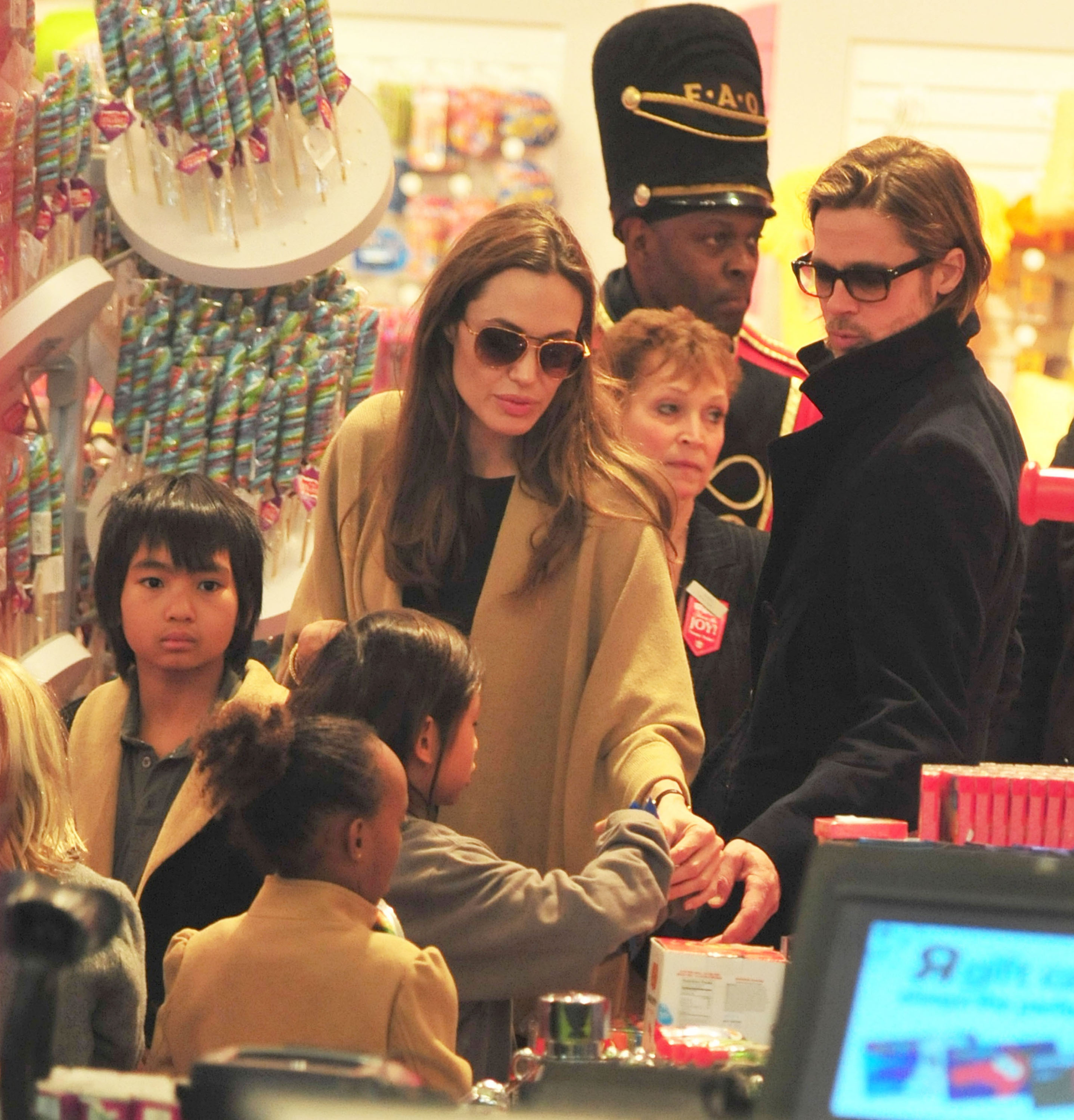 According to TMZ, Angelina is asking for physical custody of the couple’s six children, which include Maddox, 15, Pax, 12, Zahara, 11, and their biological children, Shiloh, 10, and 8-year-old twins Knox and Vivienne. The actress cited irreconcilable differences but is not asking for spousal support.

Multiple sources allege that Angelina Jolie was supposedly fed up with her husband’s alcohol and substance abuse along with his lax parenting methods. What’s more, insiders also hint that Brad’s alleged drug use led to an uncontrollable anger problem which Angelina believed was dangerous for their six kids.

As far as whether or not there was a third party involved, insiders allege Angelina Jolie’s decision to file for divorce was solely over the couple’s inability to agree on a parenting method for their kids.

Angelina and Brad began their relationship on the set of their 2005 film, ‘Mr. & Mrs. Smith.” It’s been long alleged that the couple began their romance while the actor was still married to his ex-wife, ‘Friends’ star Jennifer Aniston. Jennifer and Brad announced their separated in early 2005. Later that year, Angelina announced she was pregnant with Brad’s first child, Shiloh. The couple finally tied the knot after nearly ten years of dating in August of 2014.

Angelina Jolie and Brad Pitt were last seen together back in July, when they were spotted celebrating a birthday breakfast for their twin children, Knox and Vivienne. Since then, Angelina has remained suspiciously under the radar while Brad has often been spotted traveling in and out of airports alone.

So far, a rep for the couple has not made any comments about the divorce filling. Stay tuned with CDL for all the latest news and updates on Angelina Jolie and Brad Pitt’s divorce right here.