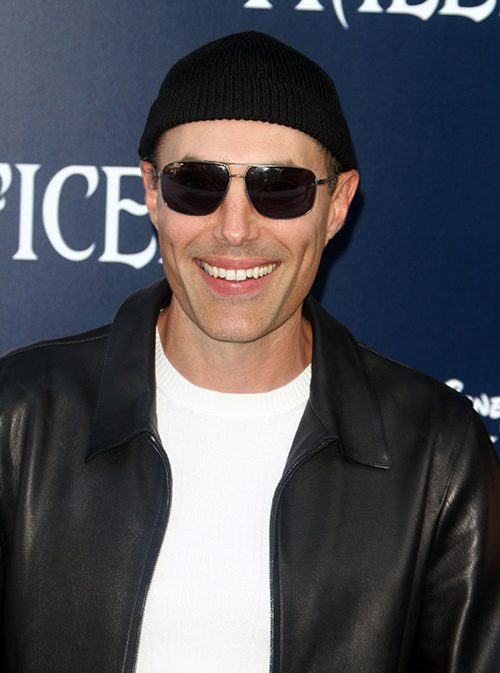 It looks as though Angelina Jolie has already found someone to step into Brad Pitt’s fatherhood shoes. In fact, there’s a new report that says the Hollywood star’s brother James Haven is currently acting like her six children’s ‘manny’ as he’s often been photographed with the kids while out and about in Los Angeles.

According to Us Weekly, James Haven is close to his sister’s kids, which include 15-year-old Maddox, Pax, 12, Zahara, 11, Shiloh, 10, and 8-year-old twins Knox and Vivienne. He’s reportedly acting like a father to them while Angelina and Brad try to figure out their future custody arrangements during what will be their very high-profiled court case.

One source close to Angelina Jolie and James Haven even said, “He took on a more active daily role in June. The kids call him Uncle James,” while another insider added, “Brad thinks highly of James. He’s always been incredible to the kids and is welcome in his home.”

While there’s no doubting that Angelina trusts her own brother to help raise her kids, there’s no doubt that many critics will raise an eyebrow over her new child care arrangements. After all, this is the same brother that the actress once said she is so ‘in love’ with, before shockingly kissing him on the lips at the Oscars back in 2000. If that weren’t enough, the moment also spurred plenty of rumors about possible incest between them, as both fans and critics alike questioned the sister and brother duo’s very close relationship.

But then again, with all the men that have been in and out of Angelina’s life over the years, the one person she’s continually trusted and kept by her side is her brother James. Considering how vicious she’s been in her current smear campaign against Brad, it wouldn’t be surprising if she did indeed try to have James replace him altogether in her children’s lives.

After all, it’s Angelina who is calling all the shots when it comes to her family and with her inner circle being as small as it is, she has no choice but to trust James for help right now.

Tell us CDL readers, what do you think? Is Angelina Jolie trying to replace Brad Pitt with her brother James Haven? Let us know your thoughts in our comments section below.