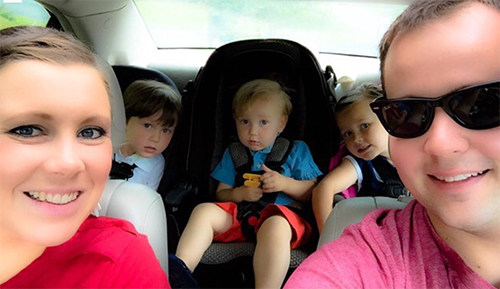 Anna Duggar is finally divorcing her husband Josh Duggar. There’s a new report that says the mother-of-four has had enough of her husband’s manipulative ways and no longer wants to pretend that she’s happy living in such a suppressive marriage.

It’s without a doubt that all of Anna’s fans and critics alike are wondering why it’s taken a full year for her to realize that her marriage has no chance of surviving. Sure, Josh might have spent several months at a faith-based rehab facility for his sex addictions, but did Anna really think that he would come home as a different man, husband, and father? Did she think that they could so easily move past his scandalous behavior, despite the fact that it nearly ruined their lives?

According to In Touch Weekly, with know one to talk to or even trust for that matter, Anna met new friends in her social circle who have persuaded her to cut the cord on her marriage. For the longest time she only had Josh Duggar’s family to help support her, with her in-laws Michelle Duggar and Jim Bob Duggar urging her to give their son another chance in their marriage.

But now that she’s distanced themselves from them and is spending time with other people, her views have changed drastically. One source even dished, “Hearing outside views changed Anna incredibly. She agrees and feels angry that Josh has treated her so appallingly for so long.”

Whatever the case may be, one thing is for certain: Josh Duggar and Anna Duggar are no longer living the life they used to have before his multiple sex scandals made headlines last year. Not only are there trust issues, but the couple is also struggling to make ends meet – at least for their standards – as no advertisers or promoter wants to be associated with the Duggar name anymore, thanks to Josh. Plus, Anna had to raise their children all on her own while battling with the stress of having to protect their family from all the nasty and cruel media reports about their father. 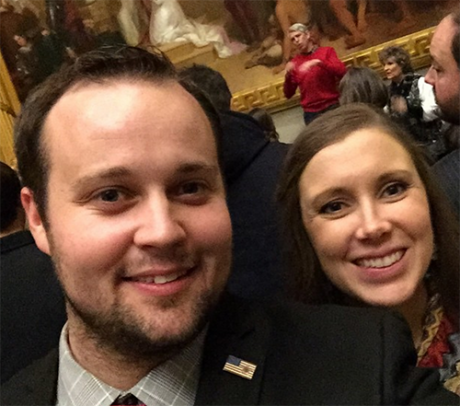 Josh probably came home after rehab expecting everything to go back to the way it was before, with Anna being the dedicated, submissive wife giving in to his each and every request. Little did he know that she wasn’t about to put up with his demands anymore, especially now that his dark and ugly truth has been revealed to the world.

Do you think Anna Duggar is going to divorce Josh Duggar? Let us know in our comments section. Also, check back with CDL for all the latest on the Duggar family.

I got to meet one of my heroes tonight! @priscillashirer #theferventtour

Happy Father’s Day @joshduggar We love you so much!