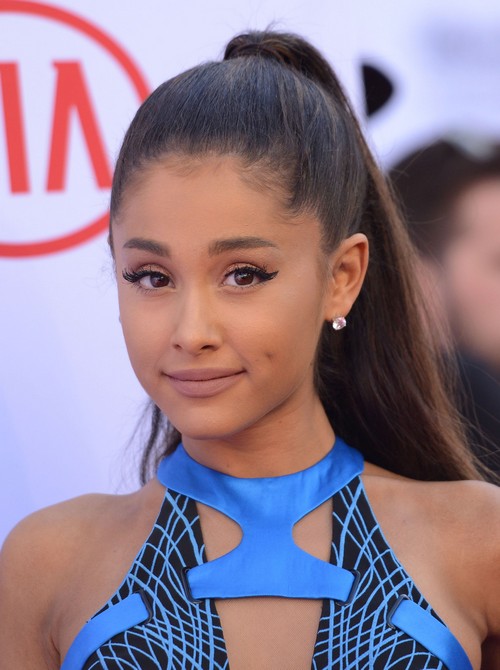 Ariana Grande’s career is in serious crisis. The chart topper is being sued for her hit son, “One Last Time” because it allegedly sounds familiar to another a 2012 EDM song that came out two years earlier.
According to TMZ, songwriter Alex Greggs claims Ariana Grande’s “One Last Time,” her collaboration with David Guetta, sounds like an EDM track he produced for Skye Stevens called ‘Takes All Night.”

Alex Greggs says that the chorus of “One Last Time” sounds almost identical to “Takes All Night” even down to the lyrics which include, “take(s) [or taking] you home.”

Ariana Grande’s career has been dependent on radio pop songs and her saucy girl-next-door teen image. Even though Ariana Grande has yet to make an impact on the music industry with her talent, “One Last Time” did when her a Teen Choice Award for Best Single in 2014.

Of course, Ariana Grande has made no comments about the lawsuit just yet, although it’s bound to stir a lot of controversy in the music industry, considering Demi Lovato is being sued in a similar case as well.

In both Ariana Grande and Demi Lovato’s lawsuits, it’s debatable whether or not the lyric and tunes on both songs were lifted and sampled without permission or if it’s just a pure coincidence. In Ariana Grande’s case, Alex Greggs is suing for a cut of her “One Last Time” profits, which was a top 20 hit in 2014.

Alex Greggs is a well-known songwriter in the music industry, who has worked with the likes of Lady Gaga, Justin Timberlake and both Michael Jackson and Janet Jackson in the past.

There’s no doubt that Ariana Grande’s team is worried as this lawsuit will not only discredit her further as a singer and an artist, but it can potentially ruin her career as well. Given that Ariana Grande’s reputation as a diva and spoiled brat over the years as done little to help her star power, if Alex Greggs wins his lawsuit, this might be the last we hear from Ariana Grande.

Tell us CDL readers, do you think Ariana Grande’s “One Last Time” sounds like Skye Stevens’ “Takes All Night?” Let us know what you think in our comments section below.