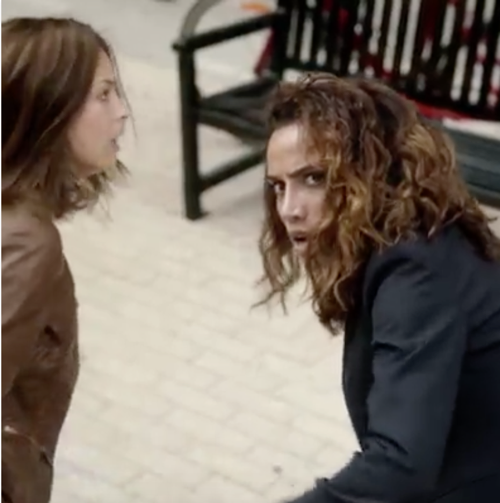 Tonight on the CW their hit fantasy drama BEAUTY AND THE BEAST airs with an all new Thursday June 16 season 4 episode 3 called, “Down for the Count,” and we have your weekly Beauty and The Beast recap below. On tonight’s episode Cat (Kristin Kreuk) and Vincent’s (Jay Ryan) newlywed life is upended by lurking danger and they soon find themselves in the fight of their lives.

On the last episode, as Cat (Kristin Kreuk) and Vincent (Jay Ryan) hunted for a black market buyer searching for beasts, they have to protect an heiress whose identity was exposed. Cat and Vincent realized how much they had to lose if Vincent’s true identity was revealed. Did you watch the last episode? If you missed it, we have a full and detailed Beauty and The Beast recap right here for you.

On tonight’s episode per the CW synopsis “while attempting to be normal newlyweds, Cat (Kristin Kreuk) and Vincent (Jay Ryan) grapple with how to overcome the danger lurking. They find themselves in the fight of their lives when their happiness becomes jeopardized.”

Tonight’s episode looks like it is going to be great and you won’t want to miss it, so be sure to tune in for our live coverage of CW’s Beauty and The Beast recap at 9:00 PM EST! While you wait for our recap hit the comments and let us know how excited you are for this episode!

One mystery buyer put out a bounty on Vincent’s head so he and his friends have to always remain one step ahead however Vincent’s friends have noticed recently that Vincent wasn’t as fast as he used to be.

Vincent’s former beast free life has unfortunately messed with his “special” motor skills. He gets tried more often than not and its actually an effort for him to get a sense of things when before he didn’t have try at all. So lately JT and Cat have been running tests on him. They have him using his skills to detect where they are and how fast he could get to either of them in a hurry. And for the most part he’s still better than the average person when it comes to doing such things. Yet, his skills clearly needed work and they all knew for a fact that he couldn’t count on DHS anymore to help protect Vincent.

But the thing about Deputy Secretary Hill was that while he wouldn’t lift a finger to help Vincent, he would do anything to cover up the part he played in protecting a beast. Hill was concerned about his career and livelihood when he said he wouldn’t keep risking his agents or resources to cover-up for Vincent. And yet Hill was willing to risk just about anything to keep bounty hunters from finding out the part he played in the initial cover-up. So Hill later reached out to Cat and he had gone as far as to induct her into DHS in order for her to handle a case involving another bounty hunter.

A German mercenary had recently arrived into town and he had fit the criteria for a bounty hunter. So Hill had quickly found out about him and he had wanted Cat to investigate the mercenary as well as deal with the man’s death. Apparently the victim (he technically was one) had been murdered within days of entering the city so Hill had wanted Cat to find out who murdered the victim and if that person was also a bounty hunter. And although Cat appreciated the part where she now has access to DHS resources, her new job ended up putting her at cross purposes with Tess.

Tess was her captain. She was also her friend, but as her captain had shifted and it was Tess that was supposed to be in command. So Cat suddenly getting a new job, albeit one she hadn’t known about until it was thrown at her, and then taking a case away from Tess hadn’t sat so well with the other woman. Tess was left feeling like Cat had accepted the job because she couldn’t resist the power of a DHS badge and looking into beasts. The latter part being a usual complaint of hers. Though the one person that was happy about Cat’s new job was Vincent.

Vincent said that the job couldn’t be better. Cat would be earning more and she would have bigger cases. So the only downside that Vincent could predict was that they were probably going to need help keeping around the apartment on top of everything. Yet, Cat beat him to that. She went and hired her sister to as a personal assistant and Heather wasn’t so bad. Heather kept track of their bills and the other things that missed. And in return their lives made her depressed.

Heather said that she was basically dealing with everything that goes with her sister’s marriage though she wasn’t getting any of the perks. She couldn’t date Kyle because she had to be careful about who she brought in her and thereby her sister’s life. However, she was lonely and was truly interested in Kyle. So eventually Heather took her out frustrations on JT. JT had given up tenure which then cost him his job because he realized he didn’t want to be a professor anymore and that would have been fine if it weren’t for Tess.

JT had told everyone that he wanted to live with Tess. But they were just so many things that he did that went and proved the opposite. He quit his job so now he couldn’t afford his half of the rent at the new apartment he was supposed to be sharing with Tess and he had also derail packing up his things. He was packing for well over five weeks before the job things cost him the apartment. So the least JT could have done was to tell Tess himself that they weren’t moving in together. And yet she found out the new from their new landlord.

The landlord had apparently called the school to get references and so that’s how he found out that JT was no longer employed. And the landlord then decided to tell Tess because he became concerned about how the rent was going to be paid. So Tess was furious when she found out. She felt that JT had been stalling until he could find a way to get out of moving in with her and that he had been too cowardly to tell her that’s what he wanted from the start. Though their fight ended up being interrupted because Vincent suddenly needed JT’s help.

Vincent had been helping Cat out on her case and for some reason their case led them to an underground fight club. Cat it seems had thought that the person that put the bounty on Vincent’s head would be at the club however that theory never panned out because the mercenary didn’t have connections to Vincent and neither did the people he was mixed up. So Cat landed herself a fight she couldn’t get out of and Vincent had no idea how to find her. They had split up earlier because someone was injured and Cat told him to attend the injured party while she continued with their lead.

But with Tess’s help, Vincent was able to get to Cat and take down the fight club. So Cat was able to catch a man on the DHS most wanted list yet that victory had felt somewhat hollow and that’s because it didn’t provide any answers about the man that put a bounty on her husband. And therefore Cat had questioned if there really was a such a man. The bounty hunter that had come after Vincent had been the one that told them about this mysterious benefactor and so all they have is a criminal’s word that more people will be coming.

And yet they haven’t seen anyone. Not since their first incident anyways so Cat voiced her opinion to Vincent and the two said they wait to see what will happen. However, they lost their assistant because Heather said dealing with lives was too complicated and she did also run into Kyle again who still wanted his chance with her. So who know what will happen those two or if Tess and JT will continue to butt heads over where he wanted to go with his life. As long as no one is hunting beasts then their lives are finally beginning to look normal.