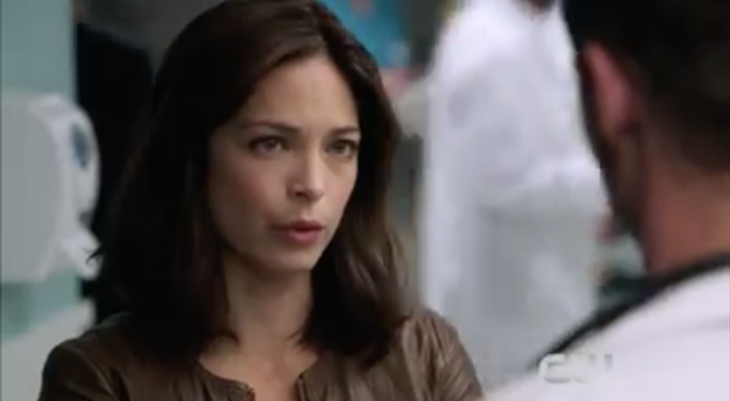 Tonight on the CW their hit fantasy drama BEAUTY AND THE BEAST airs with an all new Thursday, June 9 season 4 episode 2 called, “Beast Interrupted,” and we have your weekly recap below. On tonight’s episode Cat (Kristin Kreuk) and Vincent (Jay Ryan) hunt a black marketeer of beasts, and try to protect an heiress whose identity was revealed.

On the last episode, Vincent (Jay Ryan) and Cat’s (Kristin Kreuk) wedded bliss came to a halt when they learned from J.T. (Austin Basis) that someone was trying to expose the identities of beasts. Did you watch the last episode? If you missed it, we have a full and detailed recap right here for you.

On tonight’s episode per the CW synopsis “as Cat (Kristin Kreuk) and Vincent (Jay Ryan) hunt for a black market buyer searching for beasts, they have to protect an heiress whose identity was exposed. Cat and Vincent realize how much they have to lose if Vincent’s true identity is revealed.”

Tonight’s episode looks like it is going to be great and you won’t want to miss it, so be sure to tune in for our live coverage of CW’s Beauty and The Beast at 9:00 PM EST! While you wait for our recap hit the comments and let us know how excited you are for this episode!

The bounty on Vincent’s head wasn’t exactly small. It was actually five million dollars and Vincent knew for a fact that there were people out there that were more than willing to do anything for that amount of money. Even if they got killed in the process of hunting a beast. So in spite of what he told Catherine last week, Vincent was worried about the bounty on his head and he had tried to hide it from his new wife because he hadn’t wanted to worry her too however Cat came to see the truth for herself on tonight’s episode of “Beauty and Beast”.

Cat had noticed that Vincent’s mind kept wandering so she finally confronted him about it after he almost revealed his beast like speed in front of pedestrians. Vincent had apparently forgotten his own speed because he was thinking about the bounty again so he had seen Cat’s point when she said he was distracted and wanted to know why. So Vincent was ultimately forced to admit the truth to her. He told her that he was scared about the bounty and that he hadn’t wanted their lives to revert back to them having to hide again. And so Cat had reassured him that they would be able to face the beast hunters like they did with everything else.

But not long after Cat had told her husband that they could handle whatever else was thrown at them, someone hacked into DHS. Homeland Security’s computer mainframe was hacked and that left all of their secrets exposed. Including the part where the organization knew about beasts and tried to cover it up. So JT immediately suspected that the hack had something to do with Vincent and that ended up delaying his move. JT was supposed to have moved in with Tess yet he felt the hack warranted his attention more so he put Tess off while he got Cat to take him to DHS headquarters.

Only, there, they had a little problem with Deputy Secretary Hill. Hill had once promised to cover up Beasts and that fact Vincent was also a beast so at first the guys had thought of him as an ally if nothing else though Hill was now singing a different tune. Hill felt and had told both JT and Cat that he had put his neck out on the line for them long enough. He said DHS couldn’t keep protecting them and that they were now on their own if anything were to happen in the future. So the last bit of help he was able to offer them were some time on one of DHS’s computers so JT could try and trace whoever may have taken Vincent’s files.

Vincent’s files however weren’t the only that had been hacked into. A celebrity socialite had also had files with the feds so it soon became clearer that she was the real target when someone later bombed Bootsy Durbridge’s apartment. Bootsy was a hotel heiress and it had seemed like she lived her life basically partying everyday. Yet, Bootsy had a secret. Bootsy as it turns out had been helping the feds who needed someone wealthy enough to help them lure wealthy informants into hiding. So she would apparently offer up her family’s many hotels around the world and in exchange these CIs would have a better deal than what the feds could afford on their own limited budget.

So the reason Bootsy had been targeted was because someone wanted to find the informants she was currently hiding and felt threating her would scare her out of the witness protection game. However, Bootsy didn’t care so much for her own life. She had helped the feds because she had wanted to do something with her family’s vast wealth yet there was one thing that the criminals could do that would frighten her into revealing where the informants were. And that was threatening her sister.

Bootsy and most of her family were protected by the police and most especially Cat and Tess. But Bootsy’s sister Melody was supposed to be in London so no one knew that she was back into town until Bootsy saw her sister all over Instagram and recognized the club Melody was partying in. So Bootsy had tried to tell JT who had been left guarding her that she needed to get to her sister fast because Melody never answers her phone when she’s at the club though JT hadn’t wanted to allow Bootsy to risk her own safety so she was forced to knock him out in order to go to her sister.

And by doing so, Bootsy risked the plan. Bootsy was supposed to remain in hiding while Tess and Cat used a fake Bootsy to lure out the people that were targeting her so the game was up when the real Bootsy was shown all over Twitter at some club. Her would be kidnappers realized that they were walking into a trap so they in sent killers after Tess and Cat who obviously failed in their endeavor while they headed to the club to apprehend Bootsy. So Bootsy did get herself kidnapped by the very people she was hiding from and she had left a mess behind as she did so.

Tess and Cat had been able to handle themselves because they were trained police officers. So in no time, they took down the men that had been sent after them and then they tried to rush to the club to save Bootsy. Only Bootsy was being smuggled out the back door when they arrived and Vincent’s first concern had been about protecting his wife rather than the socialite. And therefore it was up to JT to capture the culprits by checking out the many surveillance footage around the city.

Yet, JT found out that it wasn’t really culprits that they were dealing with. It had actually been one man named Dominic that was after all the witnesses that Bootsy was protecting so all of the others involved had merely been following Dominic’s orders. And Dominic was by far the most dangerous. Dominic it seems only had one way to deal with people that irritated him and that was blowing them up. So Dominic’s end goal, after he found out that several of the witnesses were all in the same hotel albeit on different floors was to bomb an entire hotel as a way to reach everyone.

So JT managed to find Dominic and Bootsy on a rooftop about to take off in a helicopter and he alerted Vincent who raced to the scene. Vincent had ended up halting the helicopter by using his beast strength and speed, but by doing he risked exposing himself to Dominic and Bootsy. Dominic hadn’t mattered because he was brought in by the police it wouldn’t matter what he saw yet Bootsy was the one that had more legitimacy with the police and therefore she could have told the world about him. Only she chose not.

Bootsy hadn’t fully understood what she witnessed and she hadn’t needed any explanations. She said some things should remain a secret so she allowed Vincent and his wife to keep theirs. But the only reason that Bootsy was exposed was because of her sister’s new boyfriend. Melody’s boyfriend had destroyed Bootsy’s life because now she was the one that had to go into witness protection and hide from anyone that would want revenge or the whereabouts of the people she had hidden before. So Heather later took that as a lesson for herself.

Heather had wanted to date the EMT that had saved her life, but who worked with Vincent. So once she saw how Meldoy ruin things for Bootsy, she realized what both Cat and Vincent have been trying to tell her about bringing someone in. Heather couldn’t just date or trust anyone like before. She now had to think about how her actions could affect her sister and brother-in-law so Heather decided not to date the EMT. She probably figured it would be too much of a hassle.

Although JT did end up wanting to live with Tess so his earlier reluctance hadn’t been about Tess or even the idea of living together. He just hadn’t wanted to tell her that he no longer wanted something normal like tenure. Which he turned down in order to help his friends find Bootsy. So that’s a conversation he was going to need to have with his girlfriend.